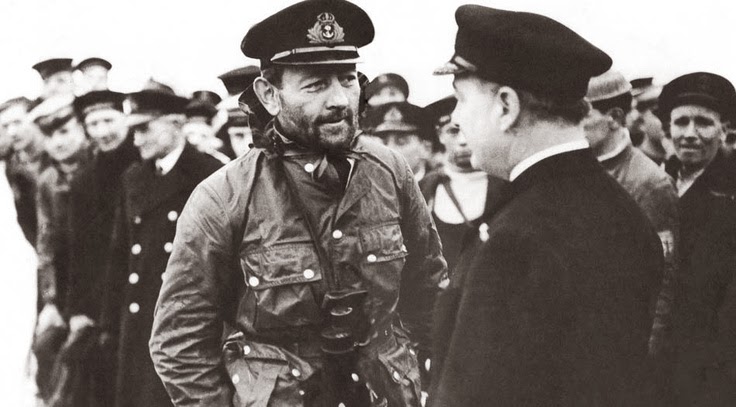 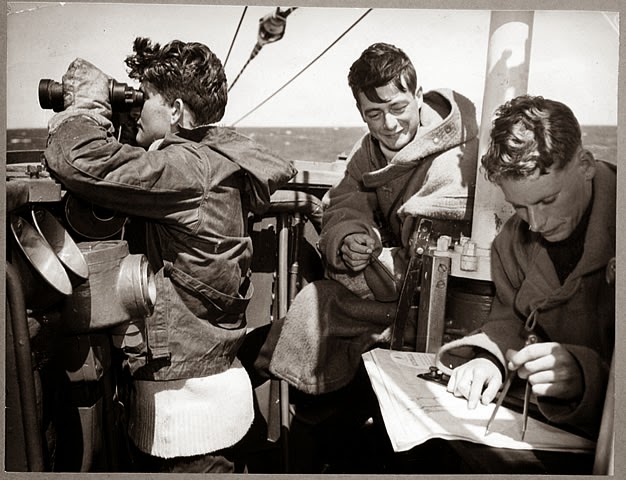 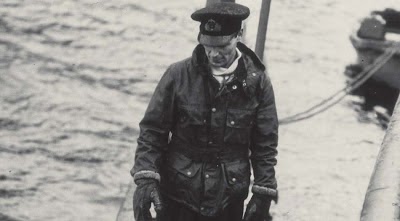 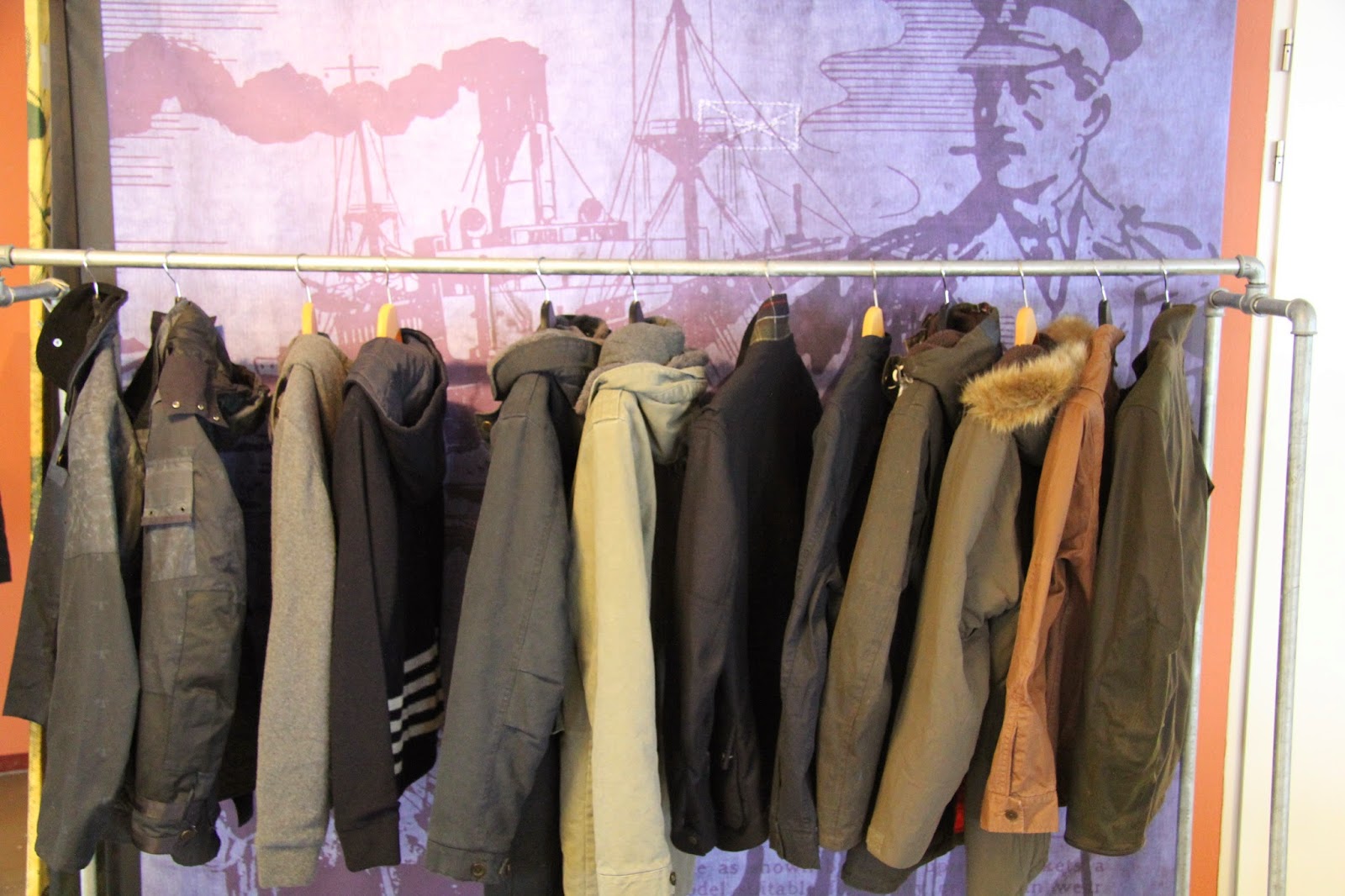 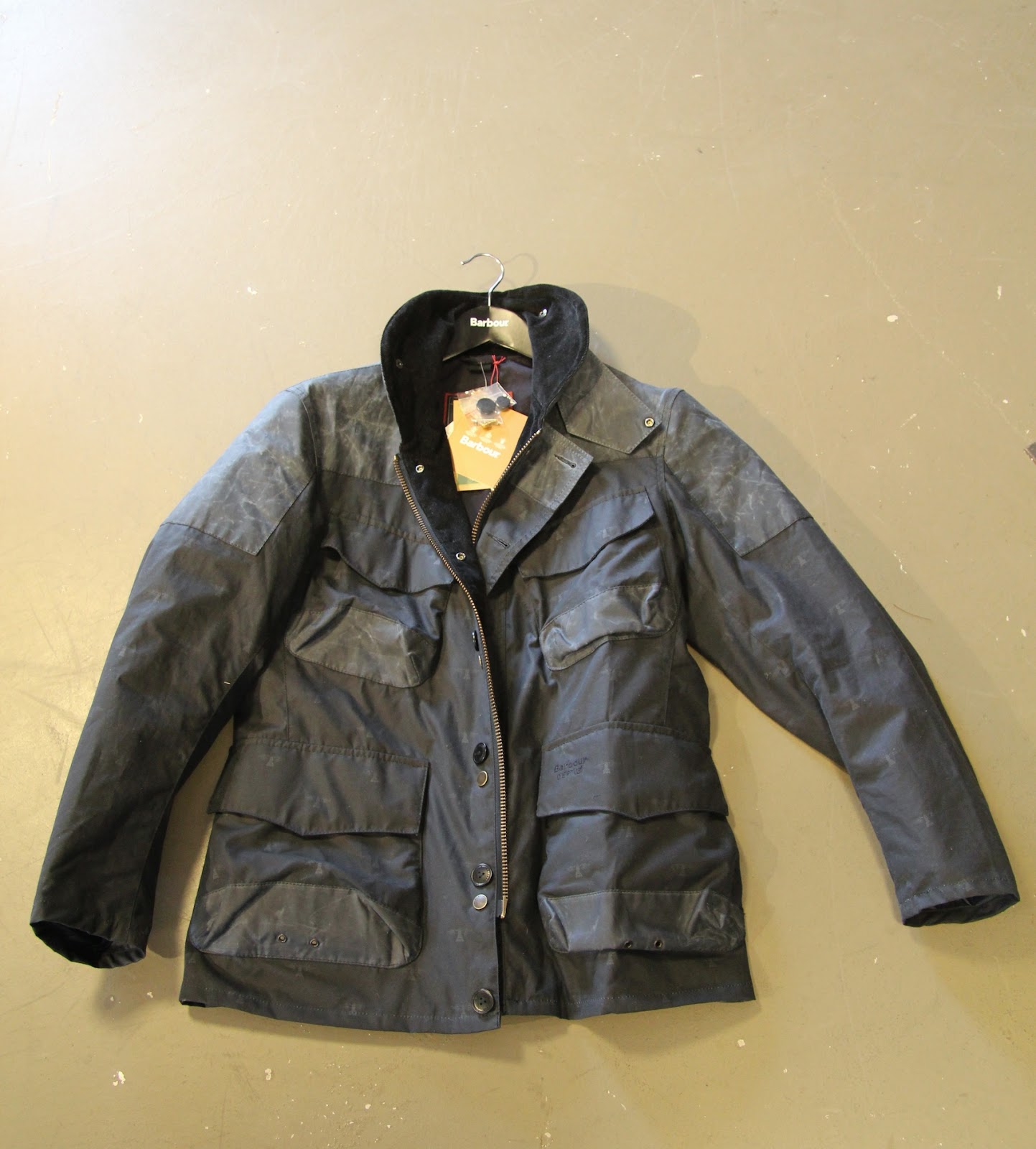 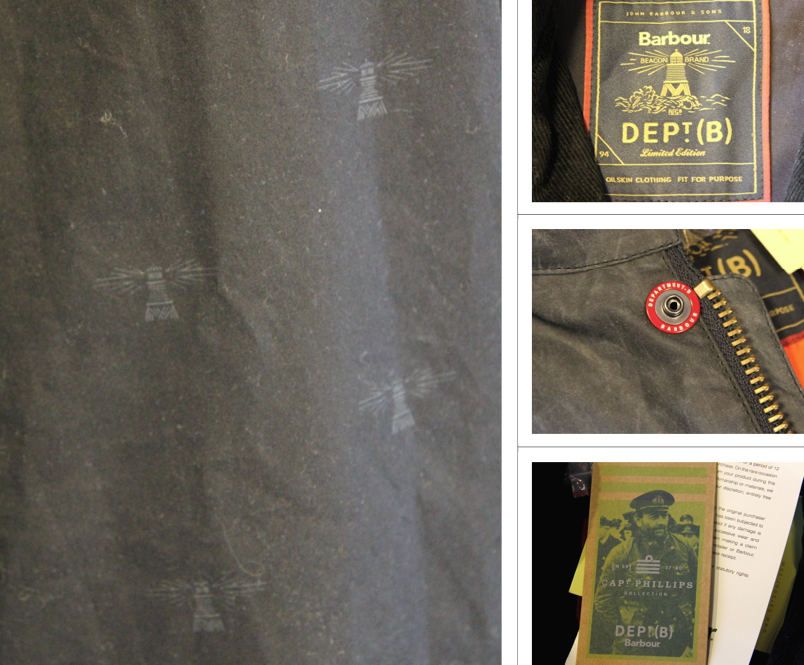 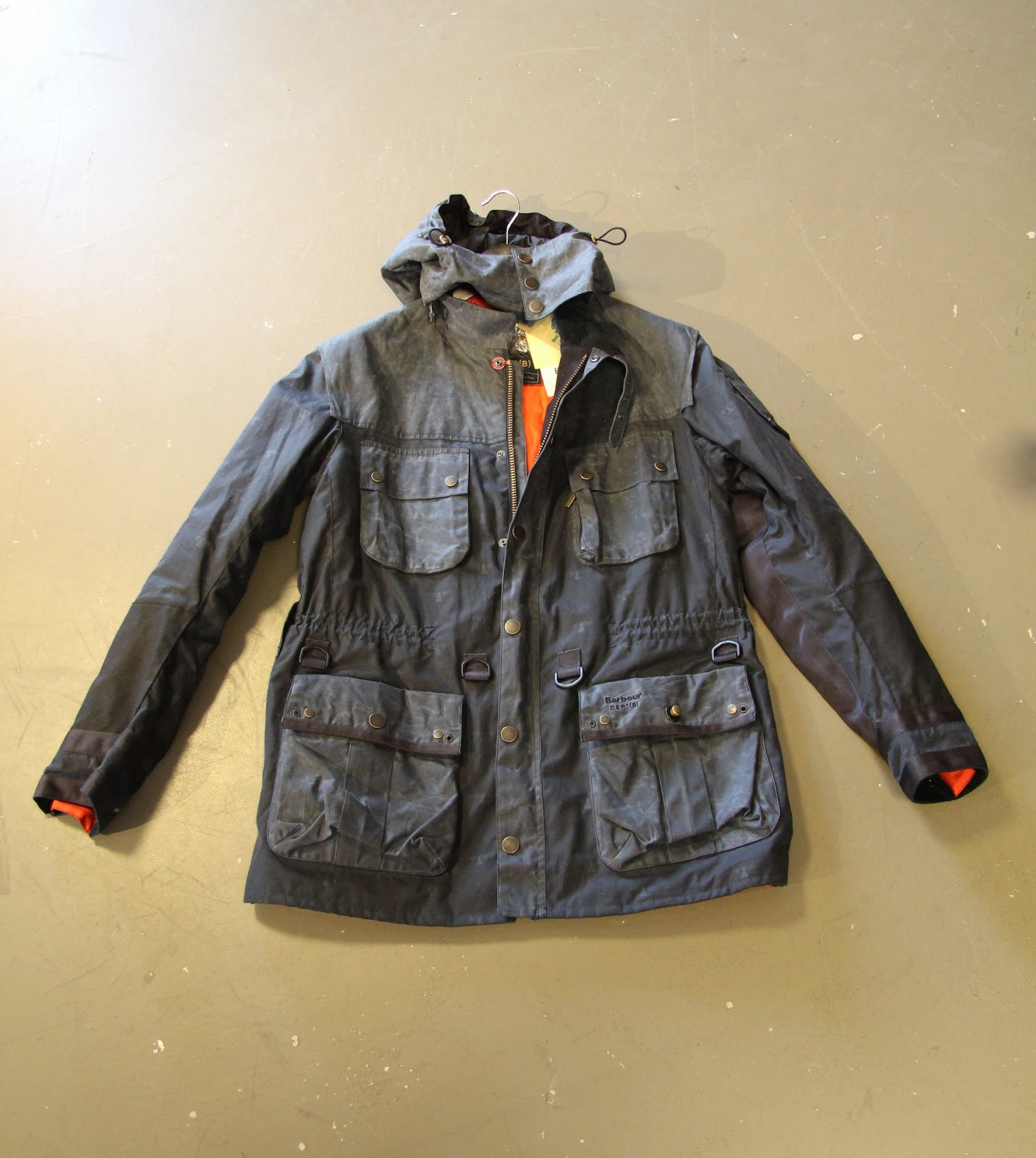 I recently visited the Dutch agent of Barbour, and had a sneak peek at the Fall/Winter 2014
collection. The Barbour Heritage Line also called Dept. B, (which was an area of Barbour’s factory that specialised in customisation and repairs.) brings homage to Capt. Phillips.

Captain George Phillips took command of the submarine HMS Ursula in 1937. Submariners wore general Royal Navy issue clothing, and he felt dissatisfied with the existing protective clothing. Through observing one of his crew wearing a one piece Barbour suit, he privately approached Barbour and commissioned a modification of a one-piece suit into a new two-piece design of jacket and separate trousers. This prototype was produced at Captain Phillips' own expense for the crew of his own submarine, HMS Ursula. Captain Phillips is indeed wearing the jacket of his design in the photograph above dated 1939.

This small capsule has some great looking jackets with nautical details and what to think about a beacon in the cloth. Down Periscope, where going under.
op 10:06 AM

How much was it?