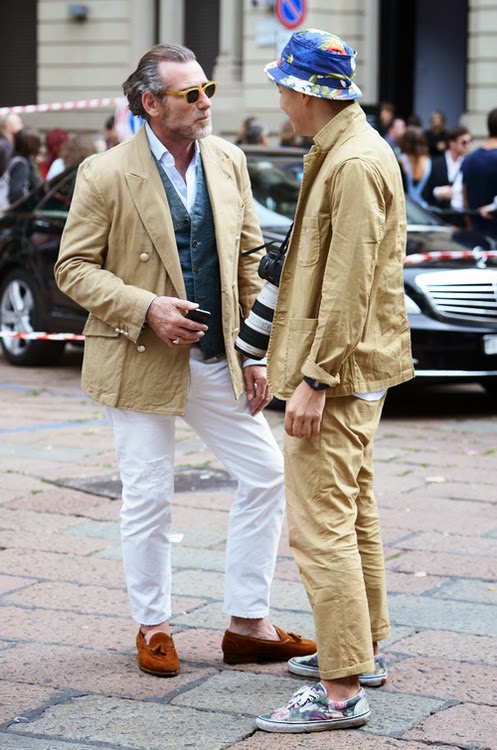 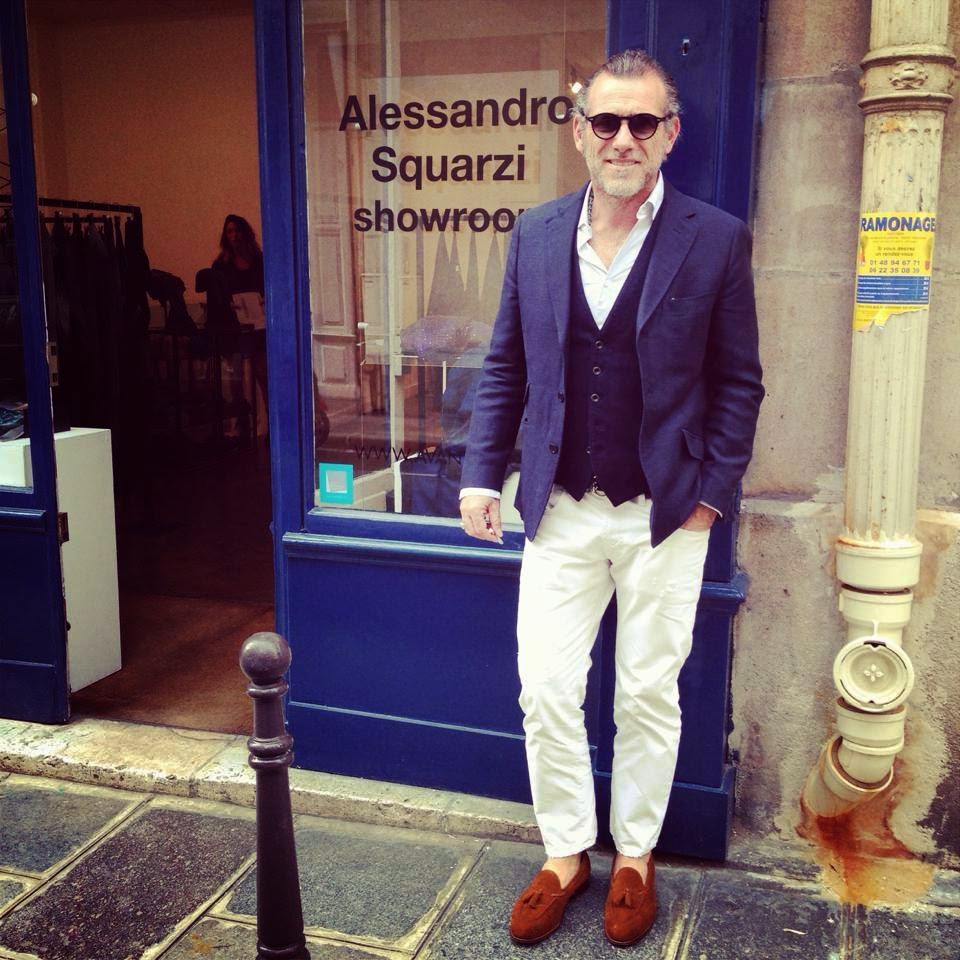 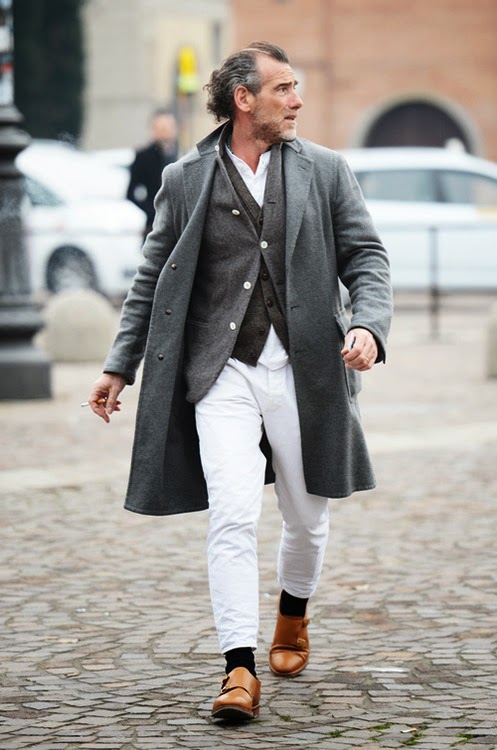 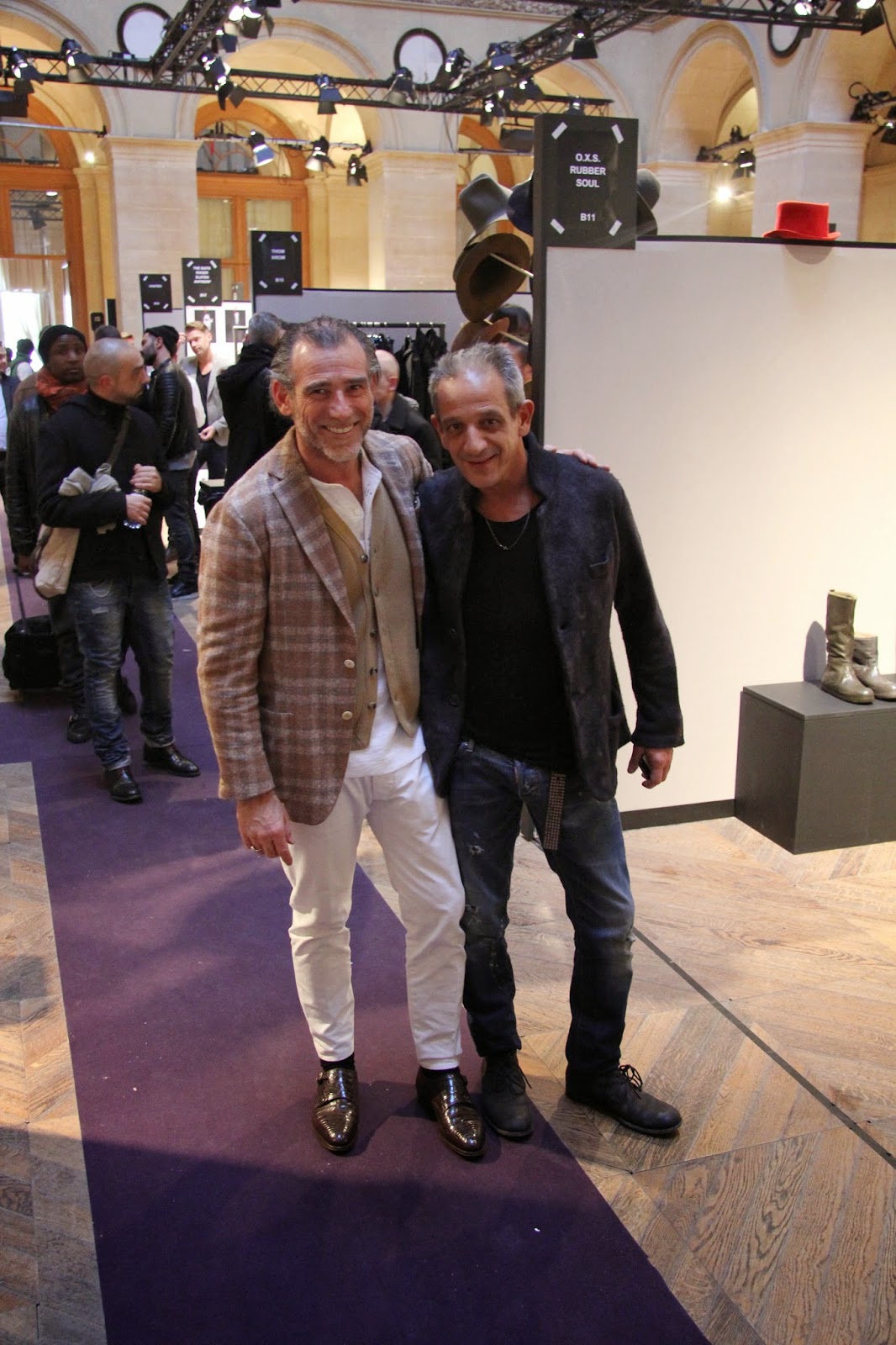 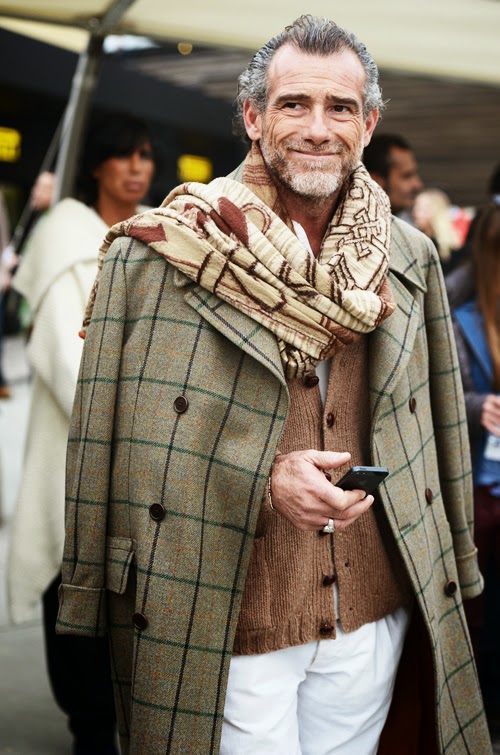 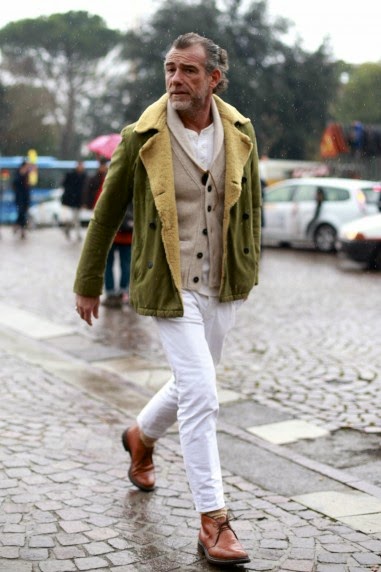 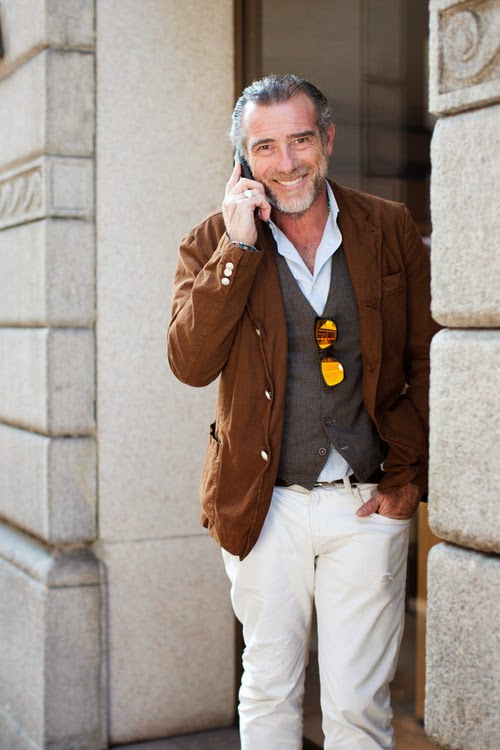 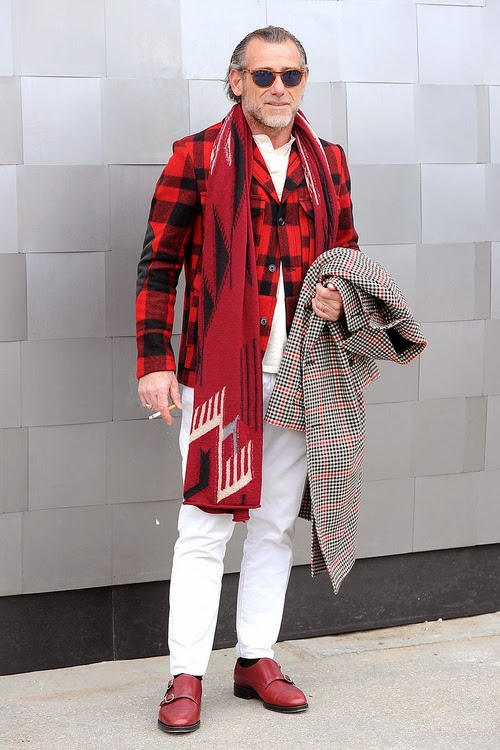 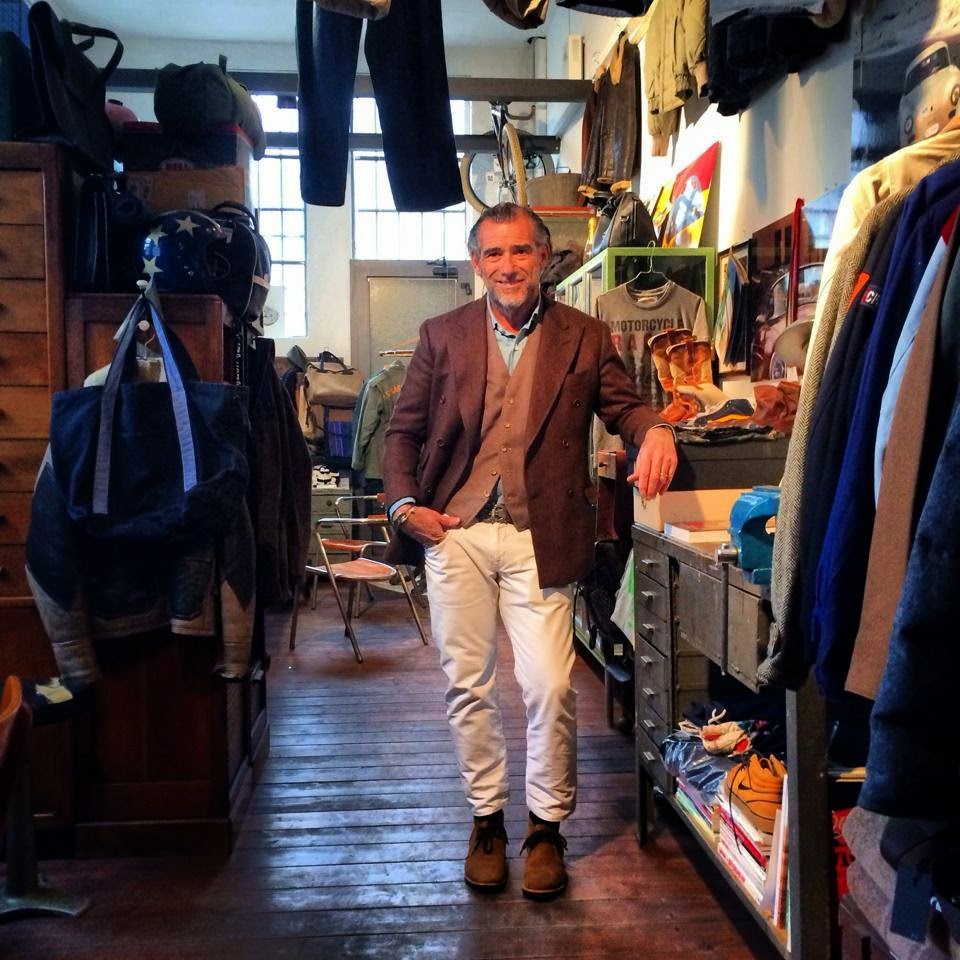 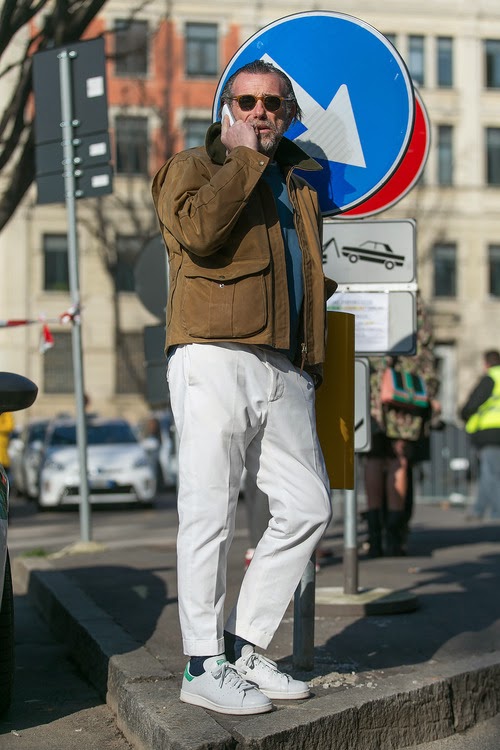 Alessandro Squarzi aka The Man in the White Pants.

Founder and director of the Alessandro Squarzi consultancy in Bologna, Mr Squarzi has a leader of men’s style since he founded the company in 1992. Described by Tommy Ton as “THE master of Italian sprezz”, he’s snapped by street style photographers around the world and always captures our attention, as he incrementally pushes the boundaries of design.
It’s Alessandro’s mixture of classic European style with contemporary cut that makes his style so interesting. Wearing a traditional wool blazer with a beanie hat or unbuttoning his gingham check shirt to reveal wooden beads are just two examples of his personalised take on style. Whether it’s an overcoat slung over his shoulders or an oversized scarf wrapped around his neck, he’s consistently a gentlemen to be admired.
op 7:57 AM