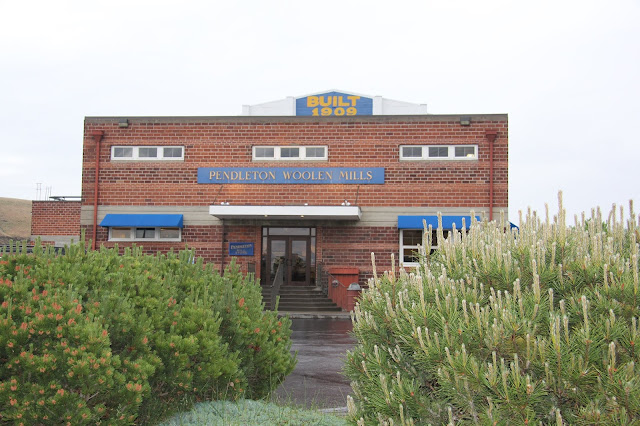 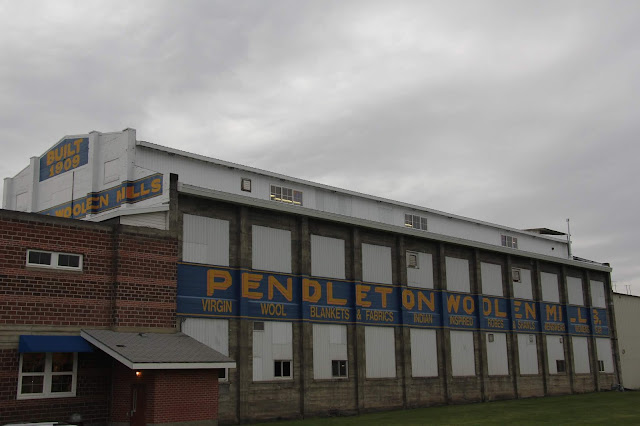 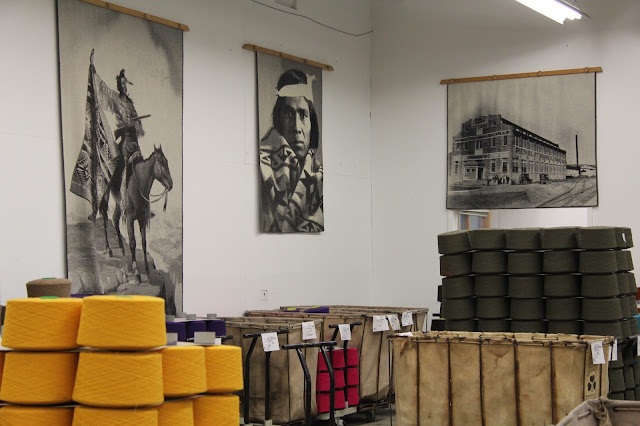 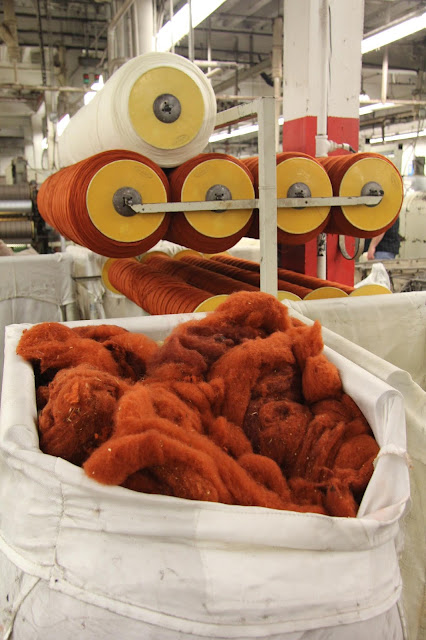 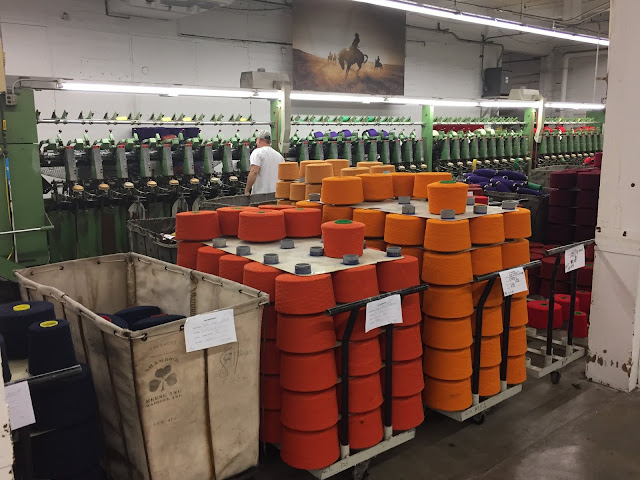 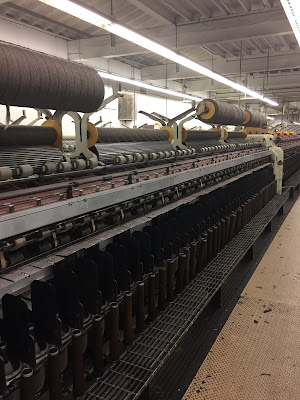 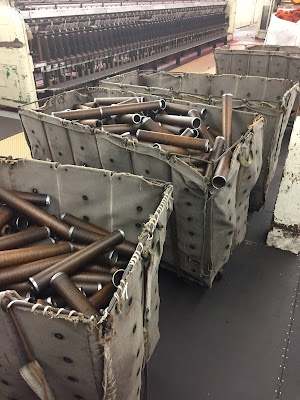 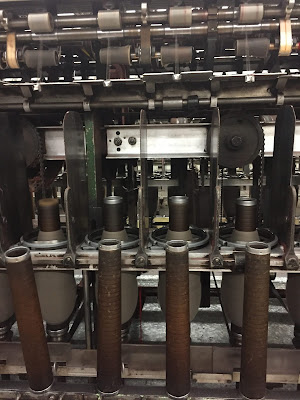 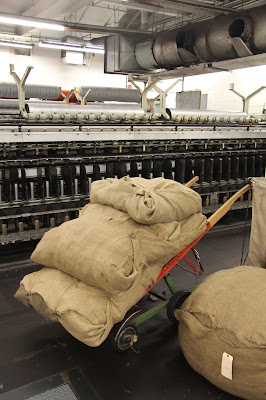 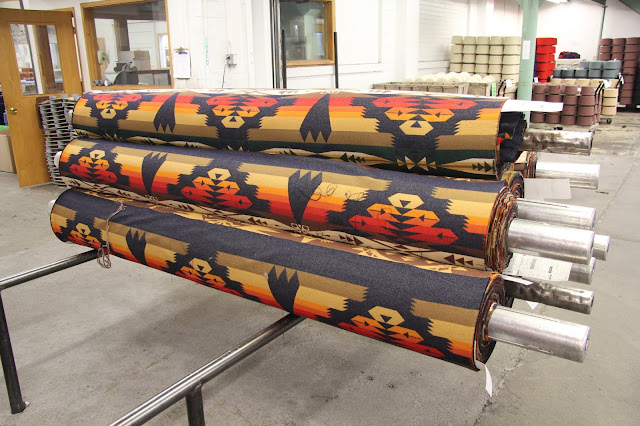 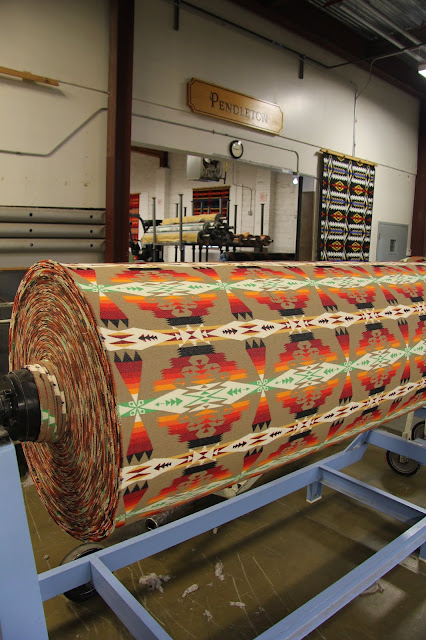 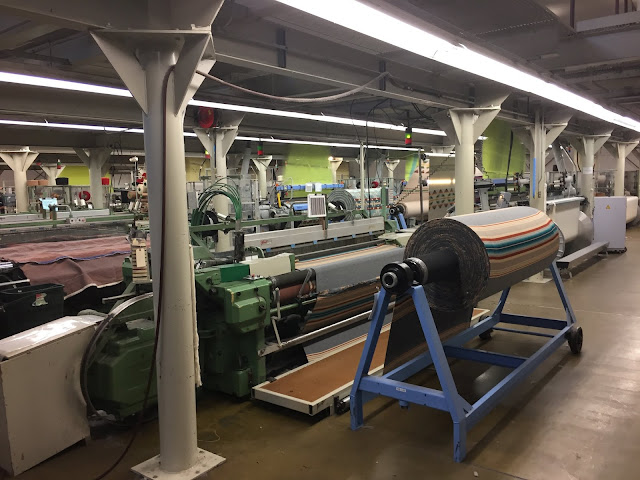 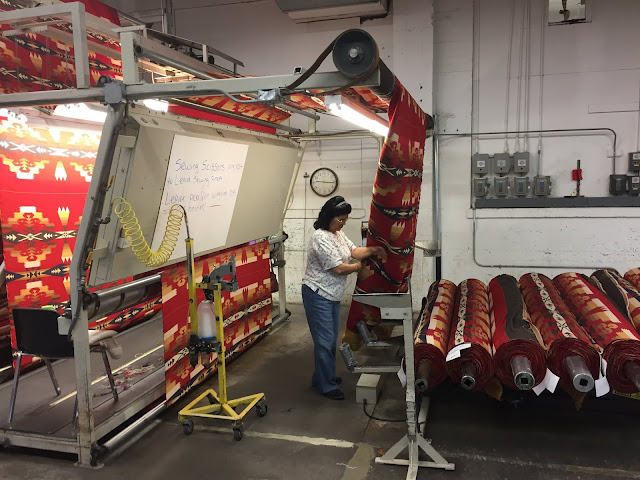 For several years I had on my wish list a visit to the Pendleton Woolen Mills and this spring I finally had the change to see how those beautiful blankets are made in Pendleton, Oregon.
The blankets are still made on the same location since 1909. During the factory tour you see all the different stages, from spinning the wool to making the blankets by the computorized weaving machines. And when the final check is done (as you see in one of the last pics) the blankets are ready to be cut in the right sizes.

The company’s roots began in 1863 when Thomas L. Kay made a transcontinental trek to the west coast and began working in Oregon's woolen mills. He went on to open his own woolen mill, the Thomas Kay Woolen Mill in Salem, Oregon. Kay was an immigrant from England and a weaver by trade. He had worked in various textile mills on the east coast of the United States. In 1909 the family moved to Pendleton in northeastern Oregon and took over the defunct Pendleton Woolen Mills. The town of Pendleton backed the family in their new business venture and the Bishops’ company also took over the name Pendleton Woolen Mills.