SANTA IS COMING TO TOWN 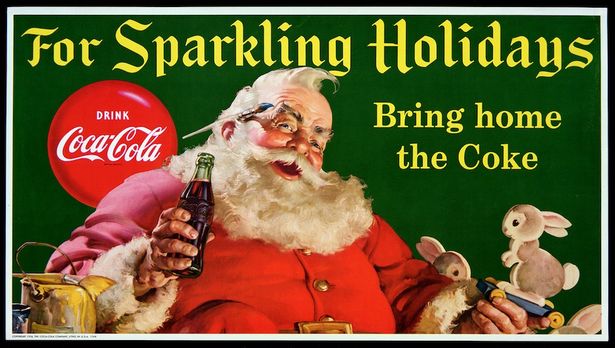 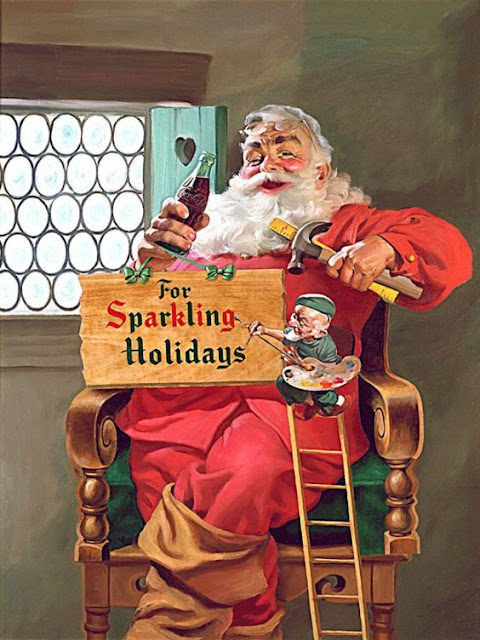 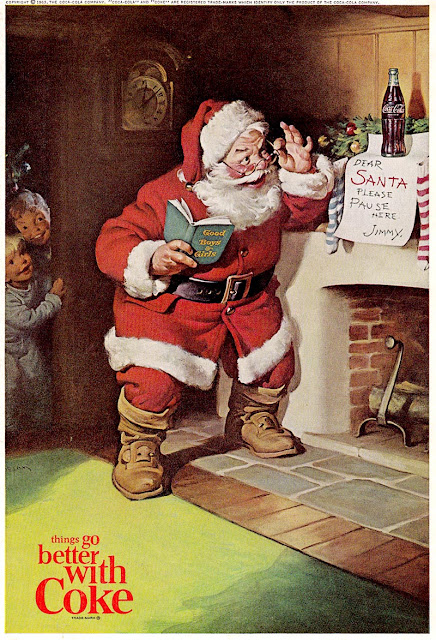 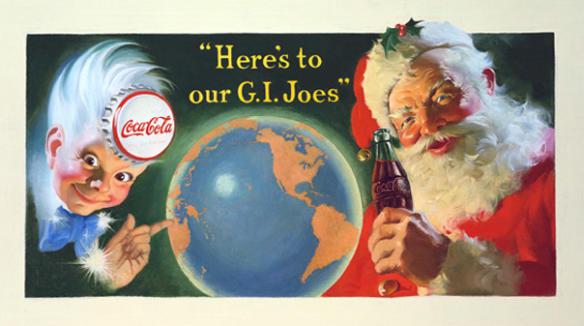 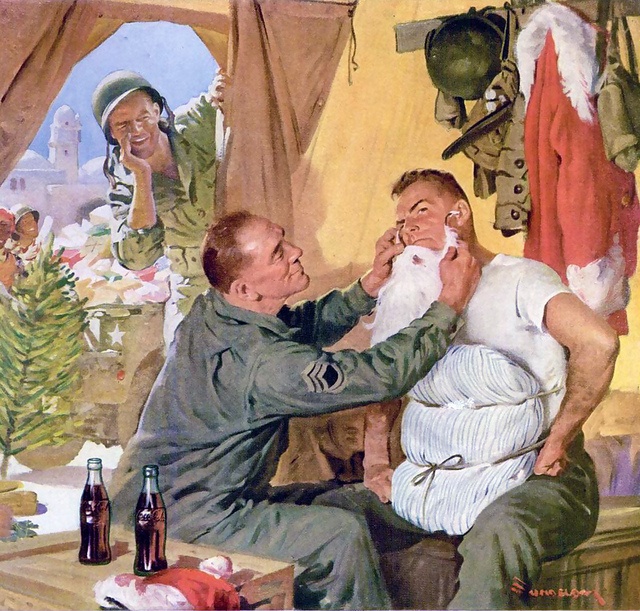 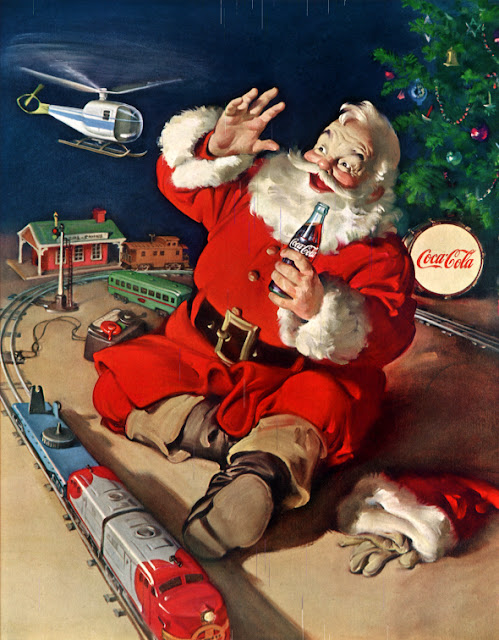 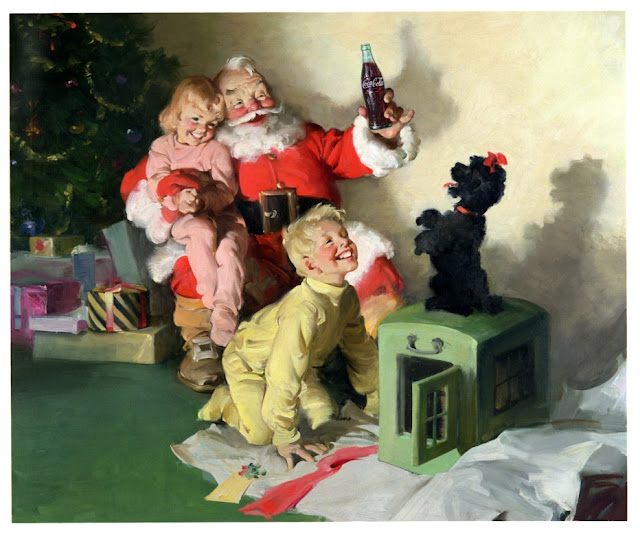 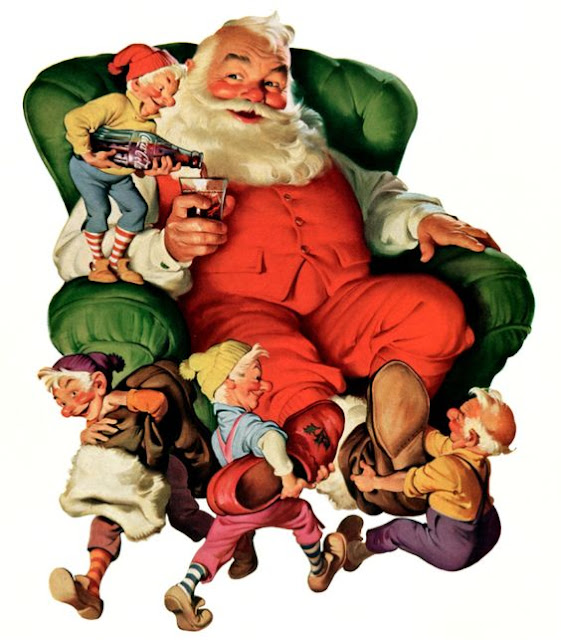 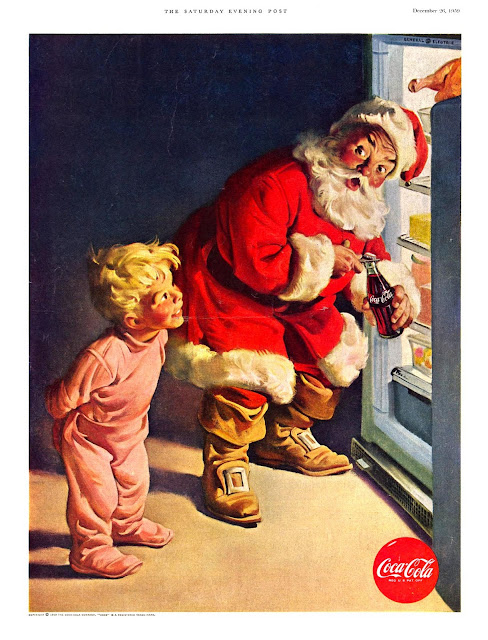 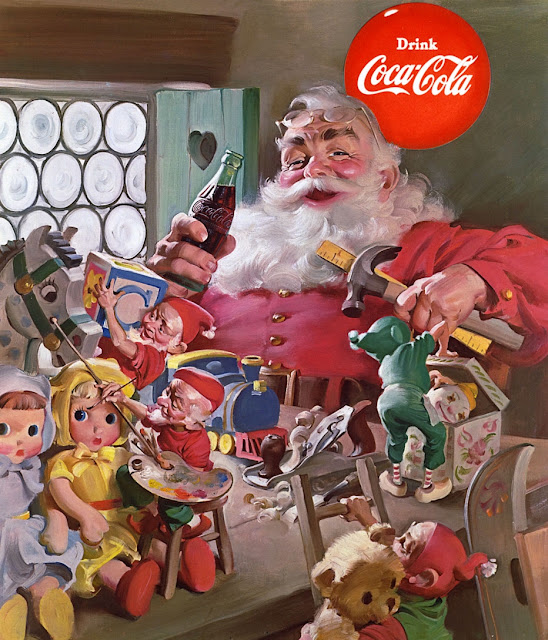 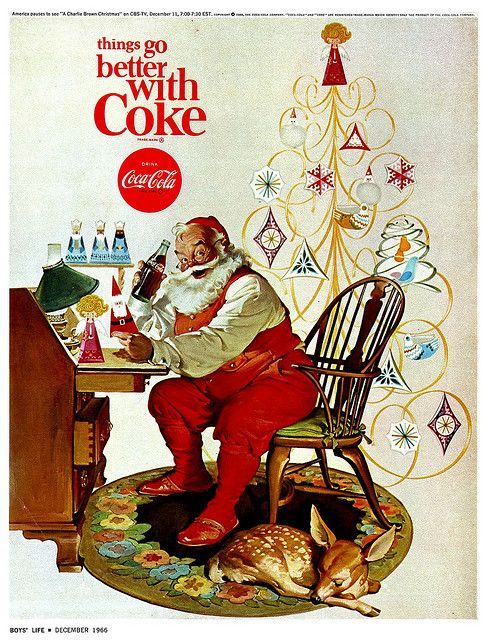 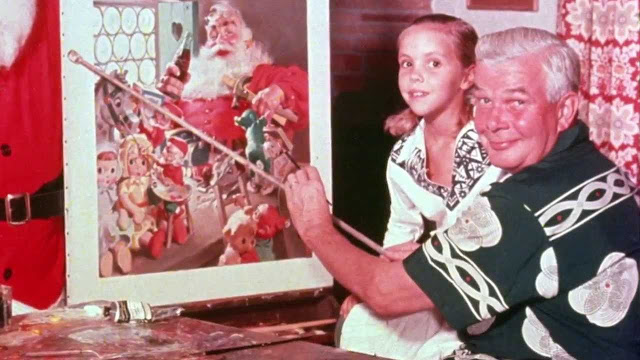 The Santa Claus we all know and love — that big, jolly man in the red suit with a white beard — didn’t always look that way.

In 1931 the Coca Cola Company began placing Coca-Cola ads in popular magazines. Archie Lee, wanted the campaign to show a wholesome Santa who was both realistic and symbolic. So Coca-Cola commissioned Michigan-born illustrator Haddon Sundblom to develop advertising images using Santa Claus — showing Santa himself, not a man dressed as Santa.
From 1931 to 1964, Coca-Cola advertising showed Santa delivering toys (and playing with them!), pausing to read a letter and enjoy a Coke, visiting with the children who stayed up to greet him, and raiding the refrigerators at a number of homes. The original oil paintings Sundblom created were adapted for Coca-Cola advertising in magazines and on store displays, billboards, posters, calendars and plush dolls. Many of those items today are popular collectibles.
op 6:11 PM