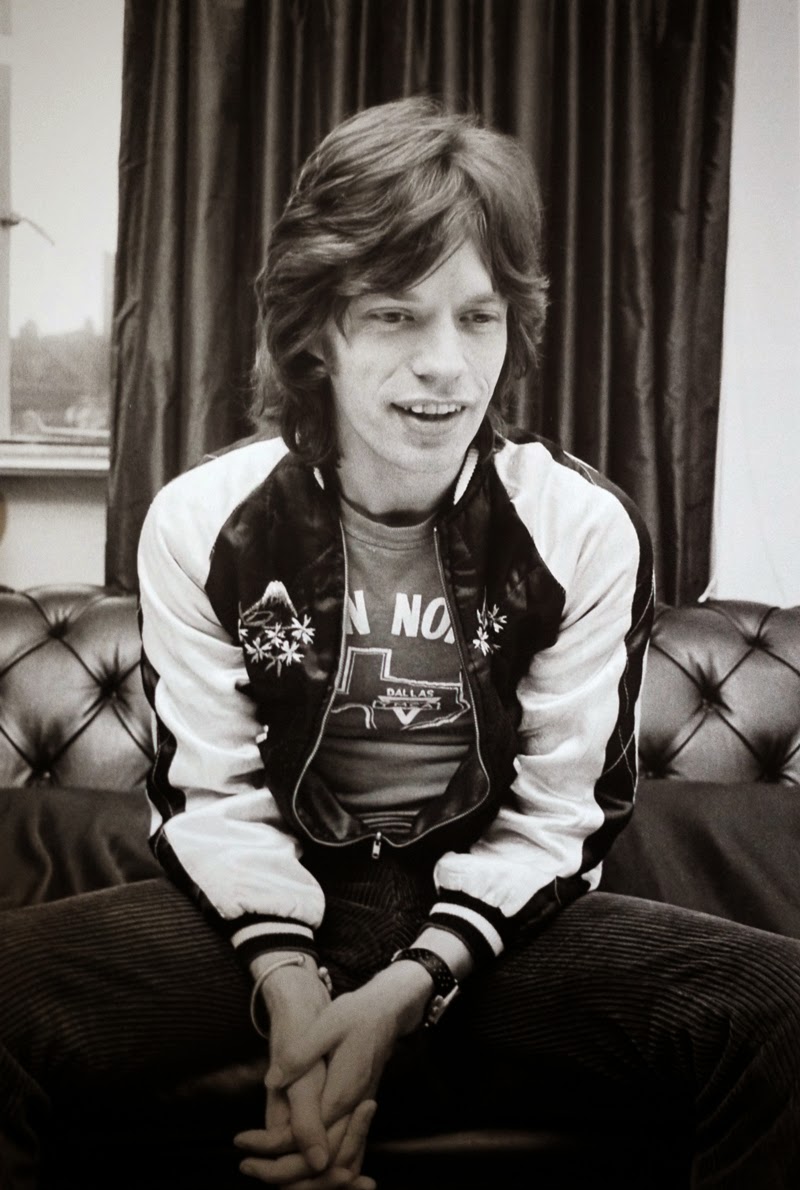 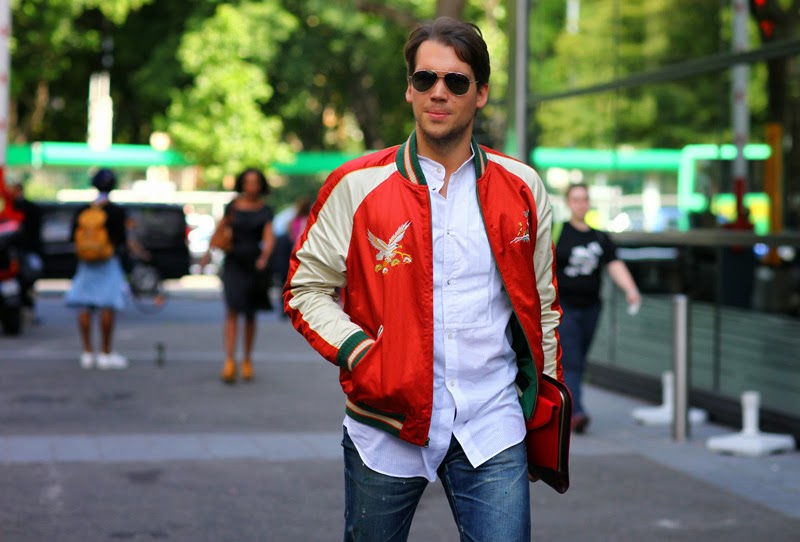 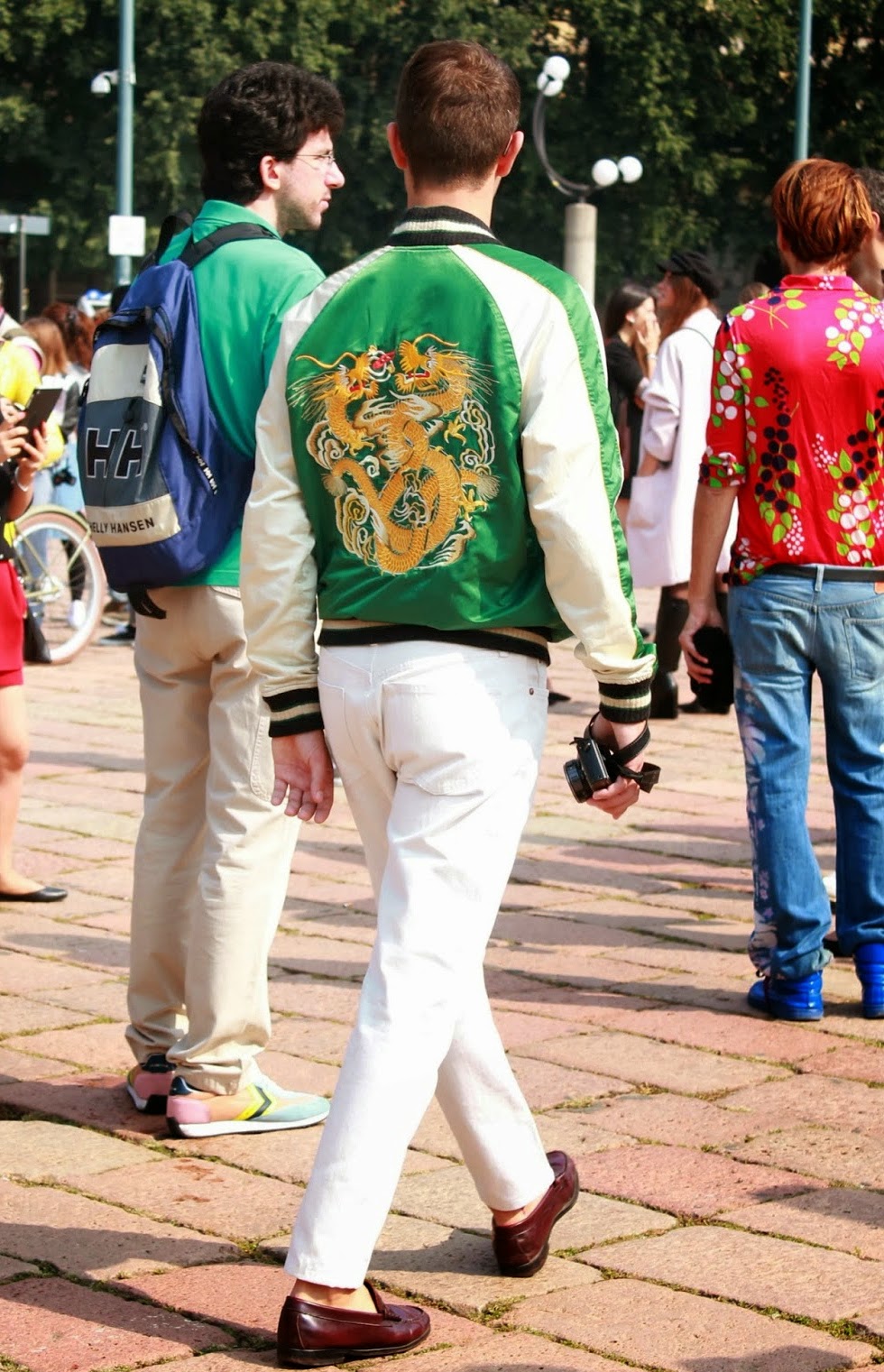 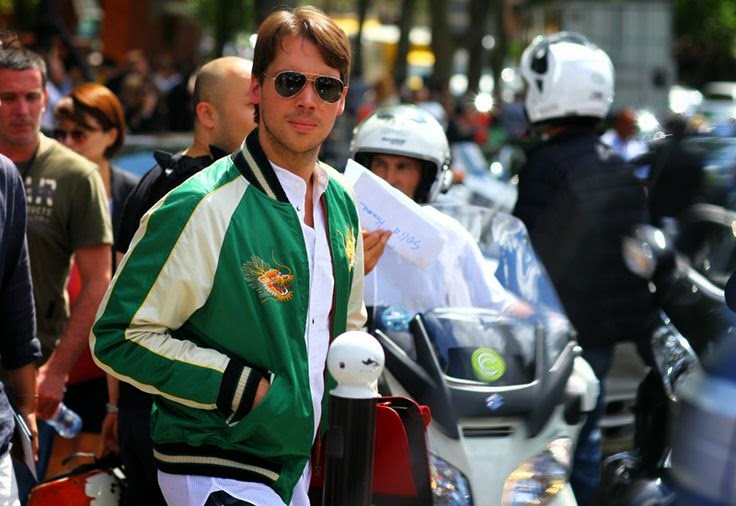 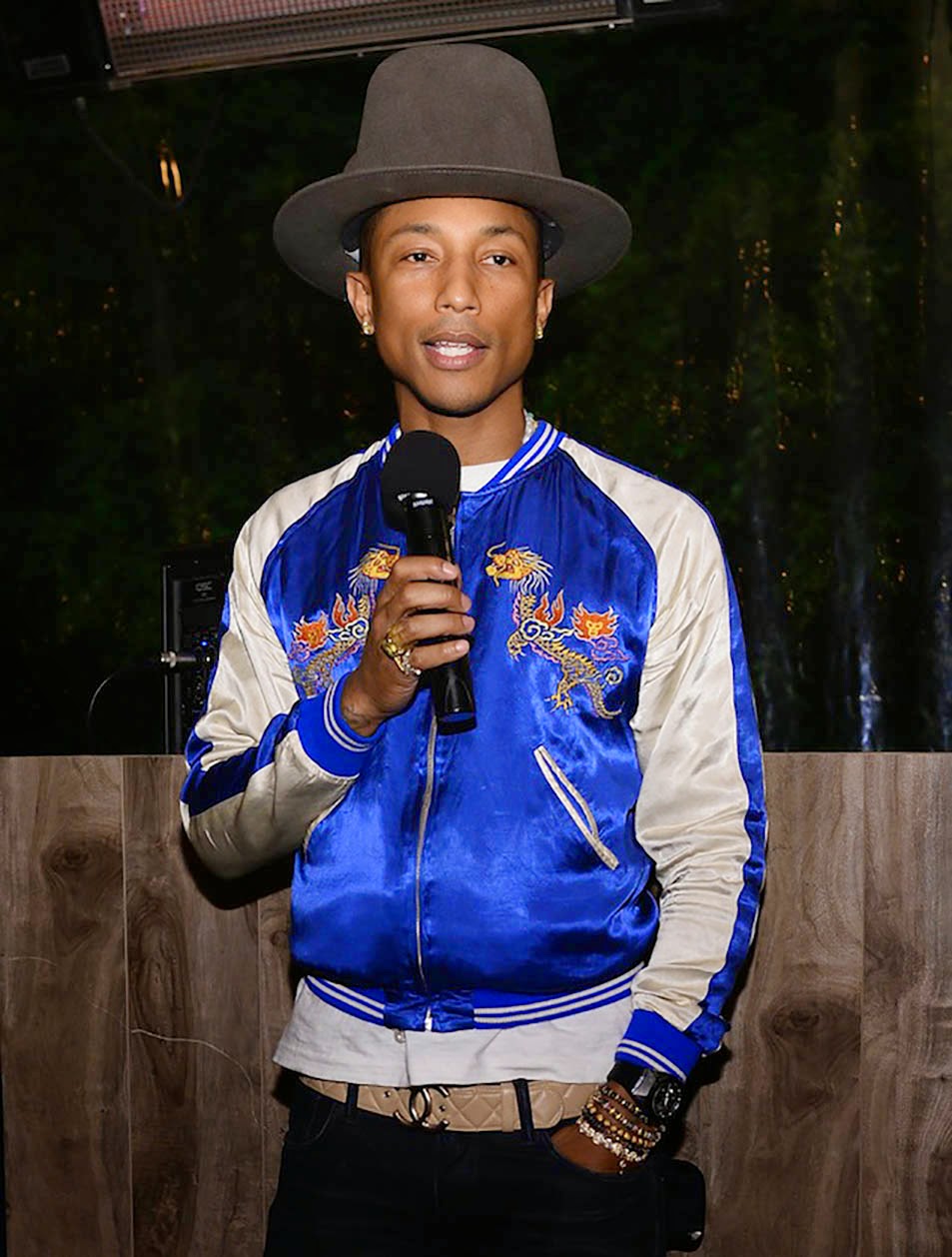 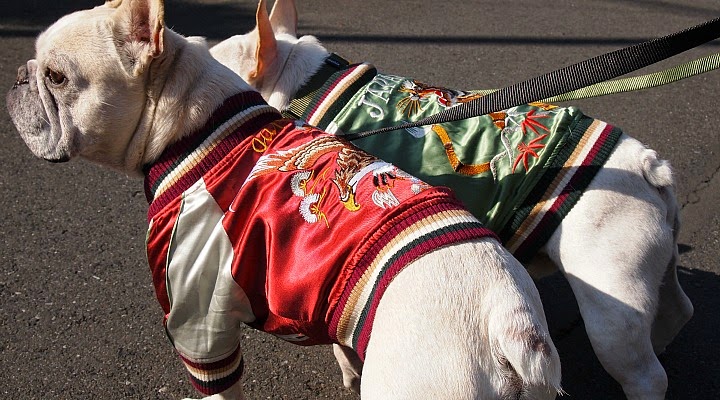 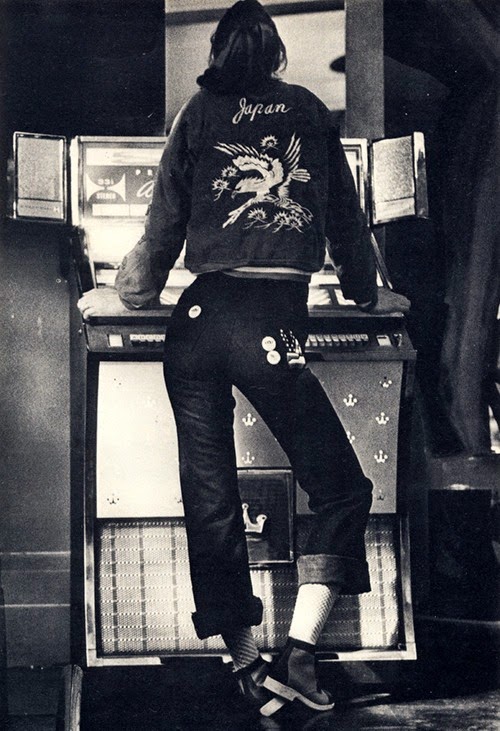 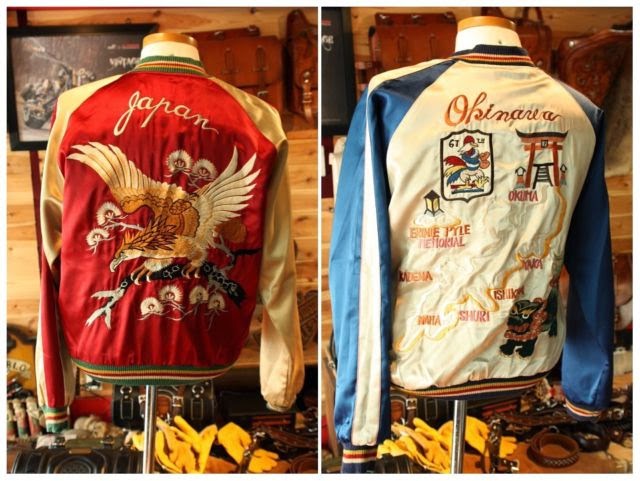 Party-time was at an end for young Americans in 1965. Soon huge numbers of American baby boomers had received draft notices from the government, due to escalation of the Vietnam War. By the mid 70's a total 8,766,00 American soldiers had been sent to "the hell on Earth" located in Vietnam and Cambodia. If they could survive and were able to return to their hometowns a few years later, many souvenir items bought in Japan, South Korea, Hong Kong and Vietnam were brought back home with them. Embroidered jackets were very popular souvenir. There have always been many souvenir shops around U.S. military bases in Japan. Okinawa-made tour jackets had been increasing especially since 1960s because huge numbers of American soldiers were staying at Okinawa bases before being shipped out to Vietnam. (input from Rin Tanaka)
op 3:18 PM