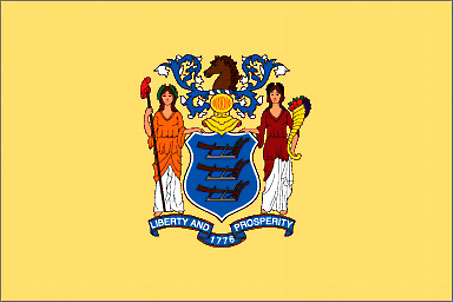 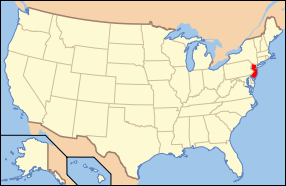 This is where you can find New Jersey

The 3rd State is New Jersey, who joined the Union in 1787. Most of you will arrive in the US via Newark, NJ for a trip to NewYork. New Jersey is bordered by Pennsylvania, Delaware and New York. It was first claimed by the Dutch, who called it New Netherland and also here we met the Swedes, who called their part New Sweden. How original. It's nickname is the Garden State, no more no less, just because the people of New Jersey like gardening. When visiting New Jersey don't forget to pay a visit to Atlantic City, this is the Las Vegas of the East Coast and Cape May, this beautiful City is the most Southern City of NewJersey, packed with Victorian style houses. Cape May is for sure, worth a detour.
op 9:44 AM