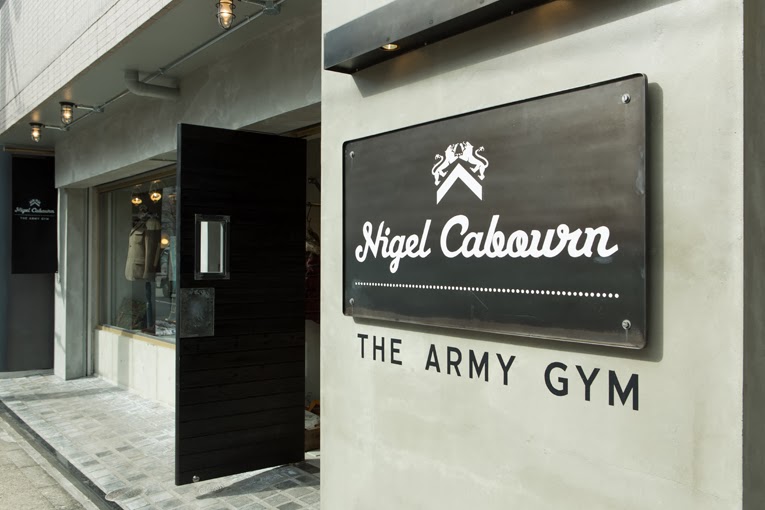 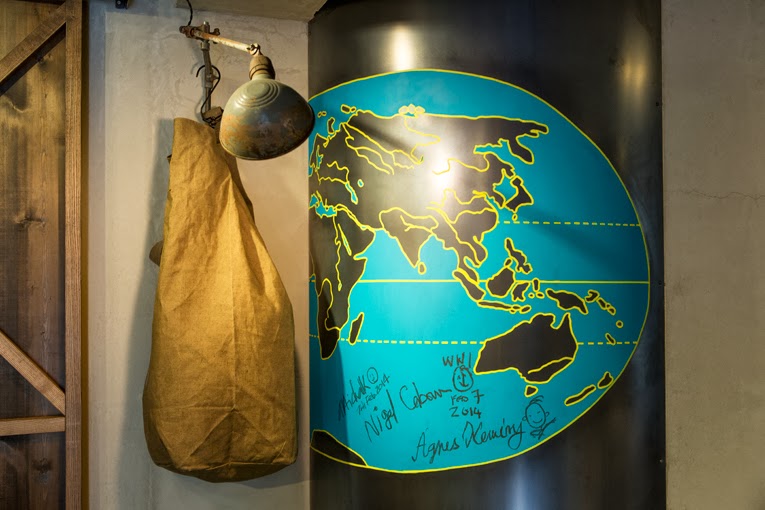 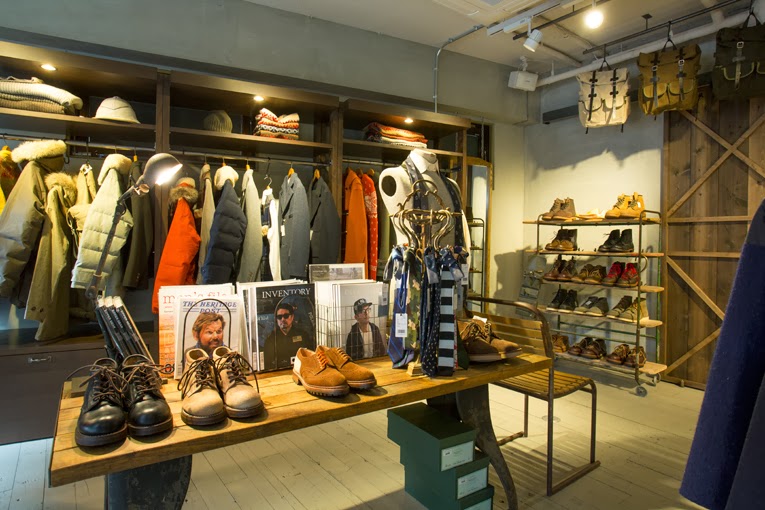 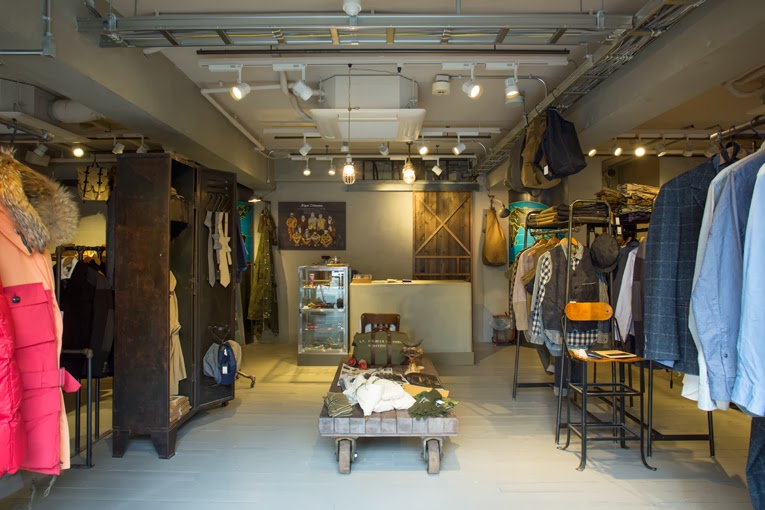 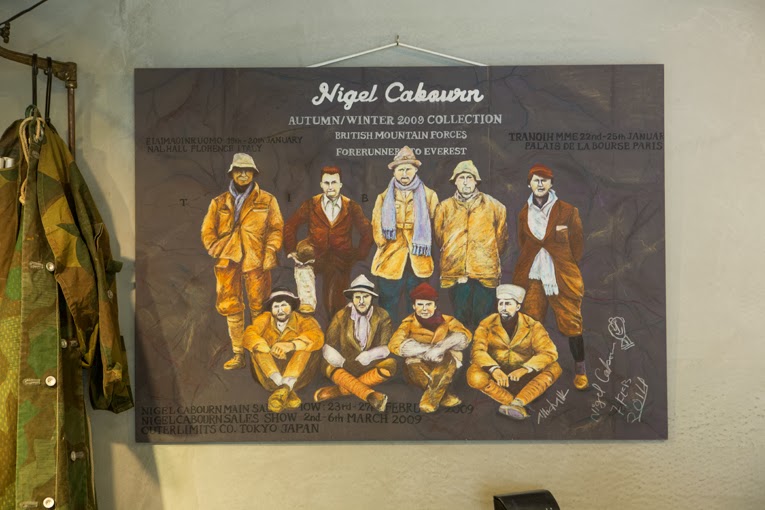 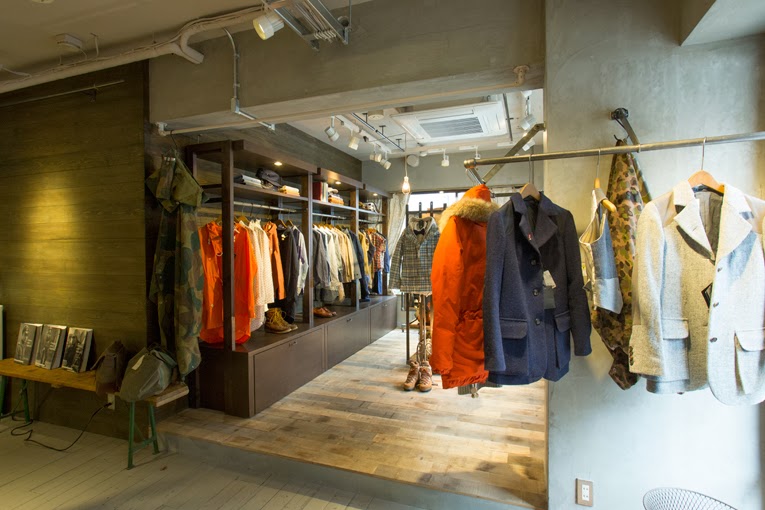 Designer Nigel Cabourn first opened up shop in tokyo in 2009 and currently operates seven stores and shop-in shops across japan that are highly popular with a growing number of loyal customers. Its flagship store in the Japanese capital - dubbed the Army Gym - has been its prime showcase, featuring a meticulously crafted concept that's very much an extrapolation of the brand's core values. This store has now relocated to bigger premises in Naka Meguro, an easygoing and quaint-looking neighbourhood that suits the brand very well. The new store occupies two conjoined ground floor units of a modern low-rise structure, and is situated around the corner from the old location on the tree-lined Meguro river.

The new store features an interior which uses the building's concrete shell as a blank canvas. adding a suitable rustic edge are the wooden planks used as flooring, albeit dipped in a shade that matches the grey concrete, custom-made furniture pieces and carefully sourced vintage props. Special attention has been given to the lighting with spots incorporated in fixtures and strategically placed across the retail space to highlight the coveted merchandise. The relocated Nigel Cabourn flagship store has plenty of additional space and thus obviously carries the brand's full range of men's and women's apparel, shoes and accessories. location: 1-21-4 Aobadai (Naka Meguro - Tokyo). pics by superfuture
op 9:21 AM