THE COLORFULL WORD OF THE DUFFEL COAT 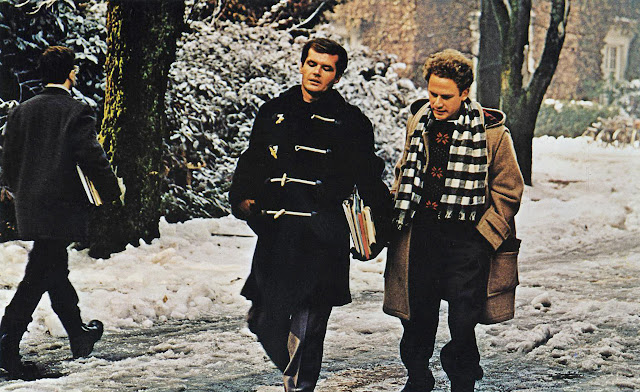 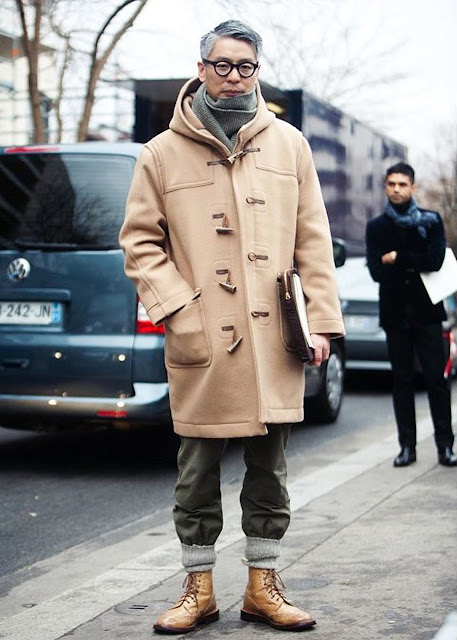 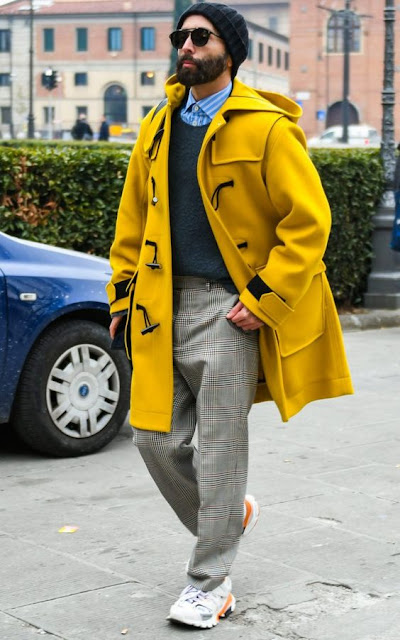 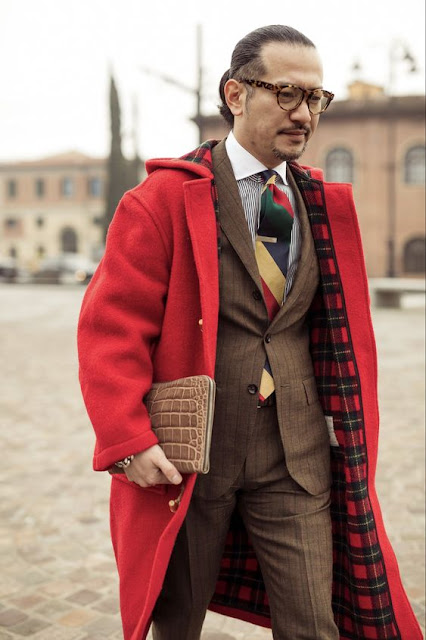 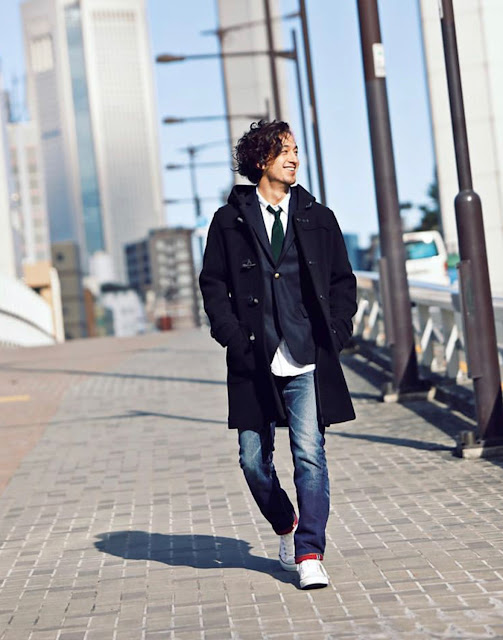 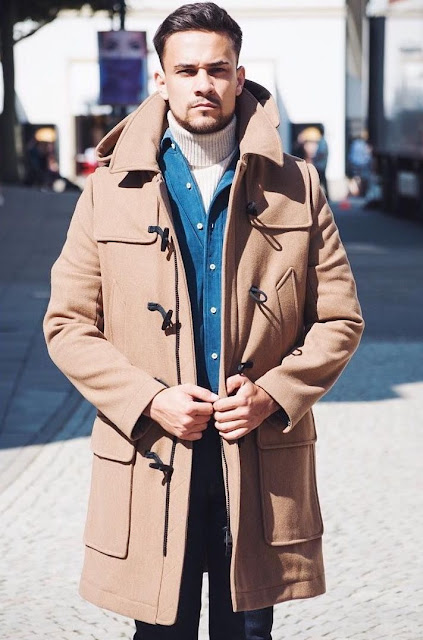 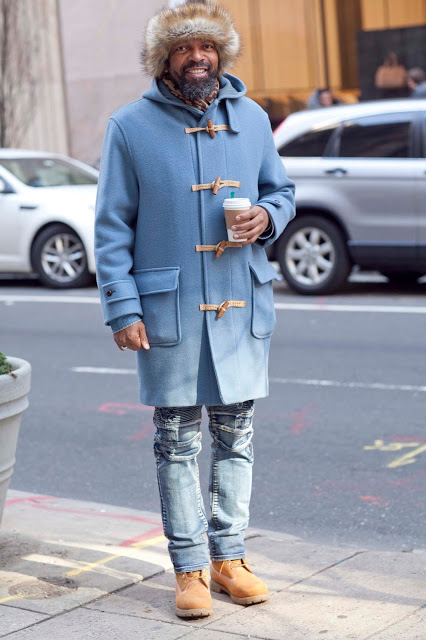 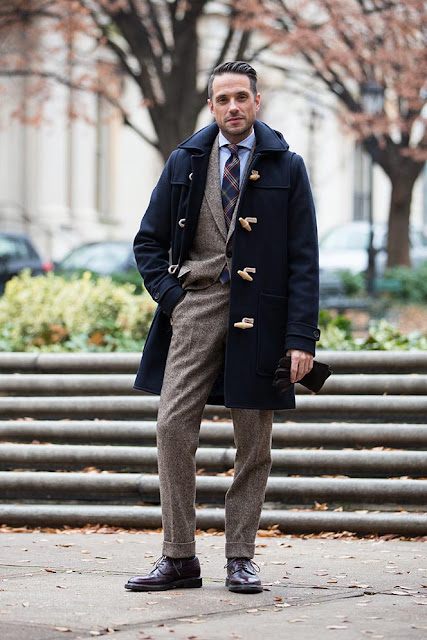 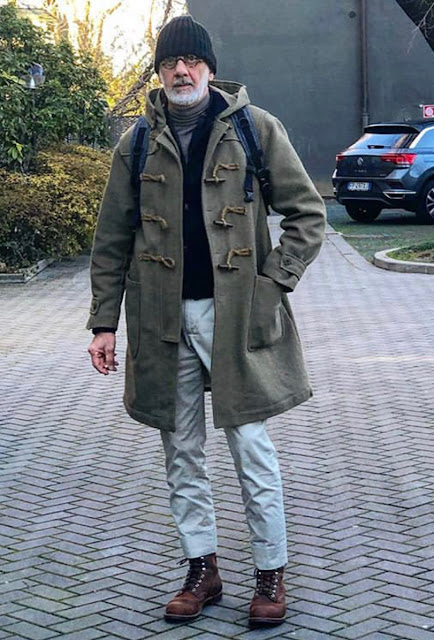 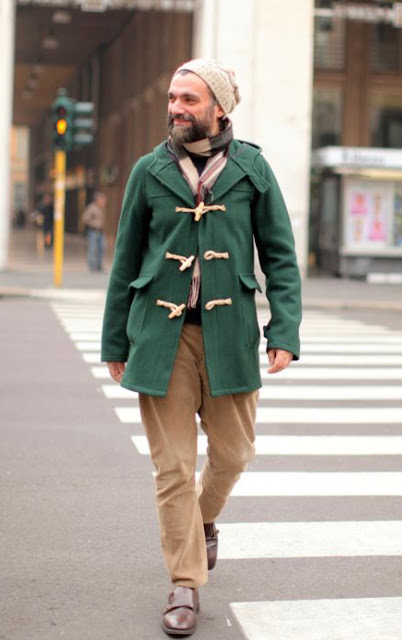 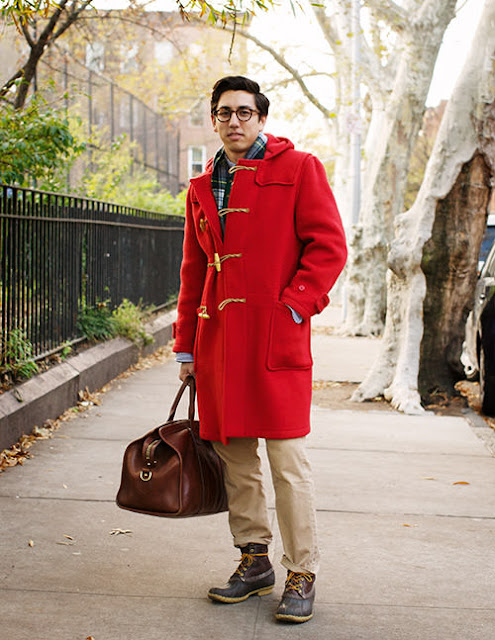 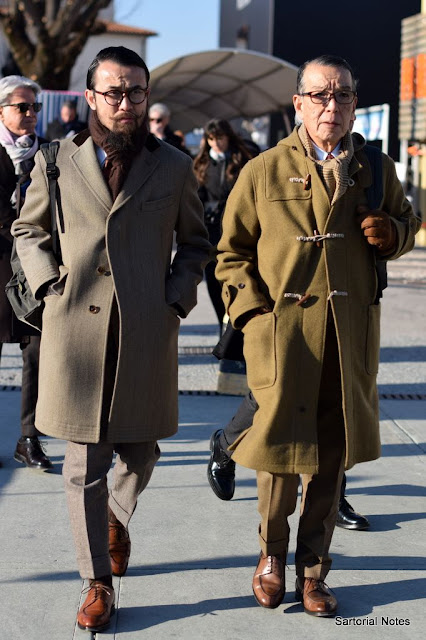 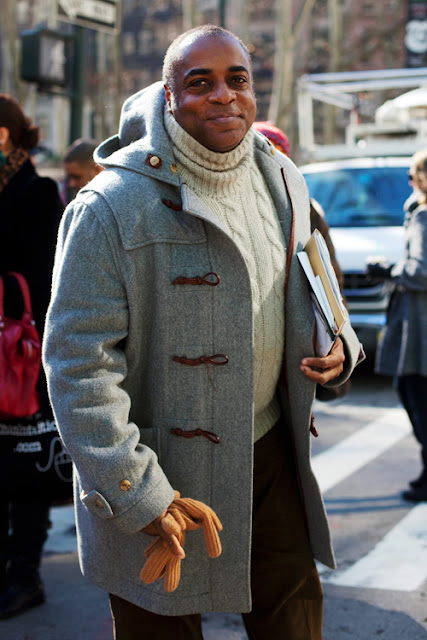 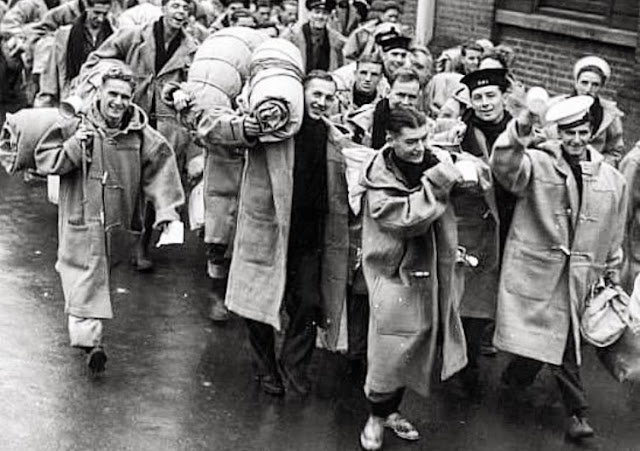 Jack Nicholson, Art Gartfunkel and the British Marine knew it for years a Duffel Coat keeps you warm during colder days but we now know that you can also look smashing in a Duffle Coat, look at the different shade of colors we see on the street.

A duffel coat, is a coat made from duffel, a coarse, thick, woolen material. The name derives from Duffel, a town in the province of Antwerp in Belgium where the fabric originated. Duffel bags were originally made from the same material. The hood and toggle fastenings proved popular, and the coat spread across Europe by the 1850s. By 1890 it was being supplied to the British Royal Navy. After World War II, the coats became available as government surplus stock and became popular, especially with students.