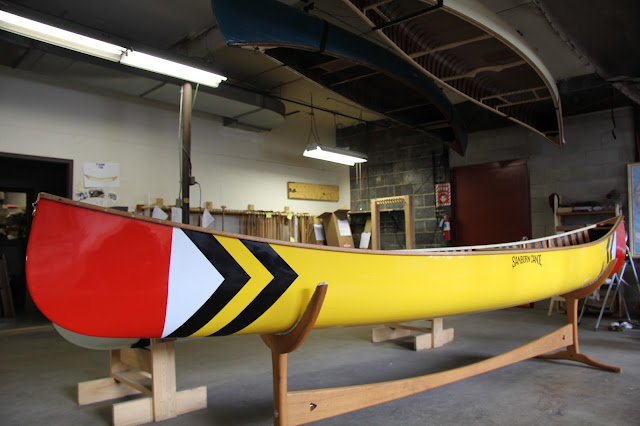 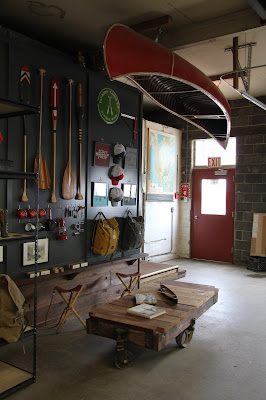 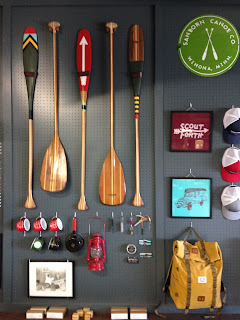 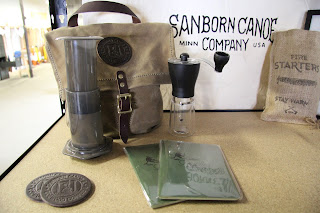 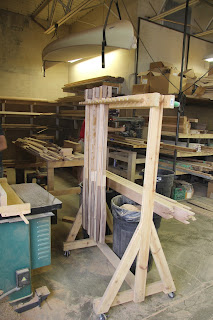 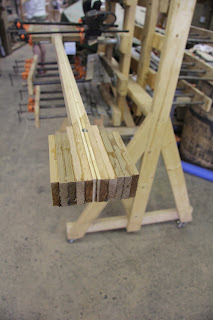 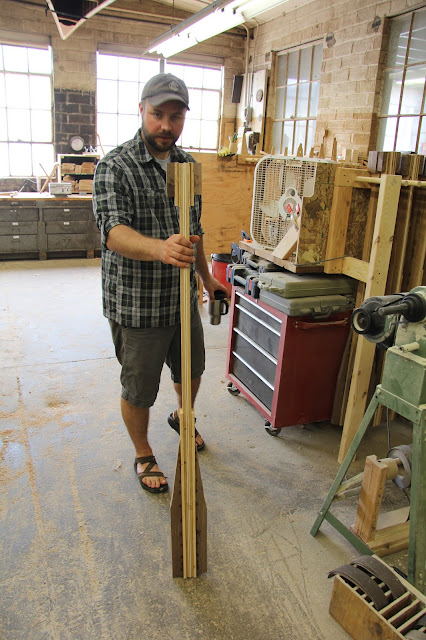 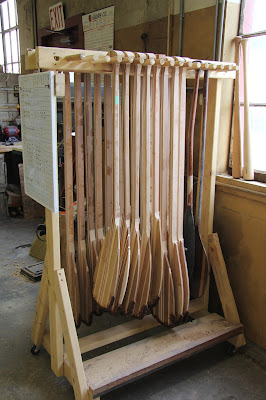 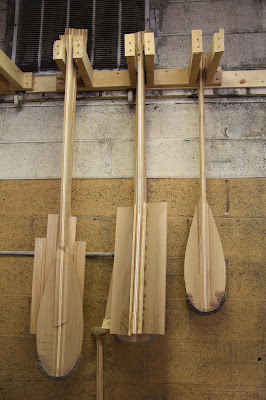 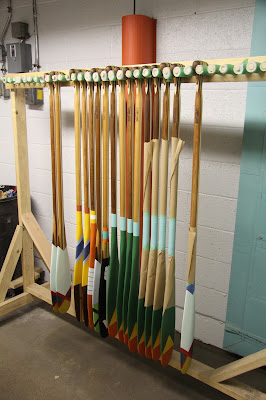 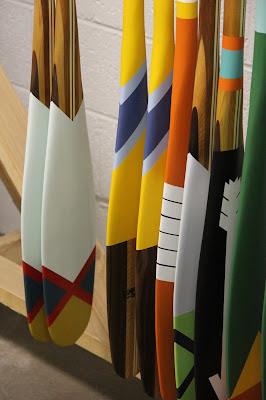 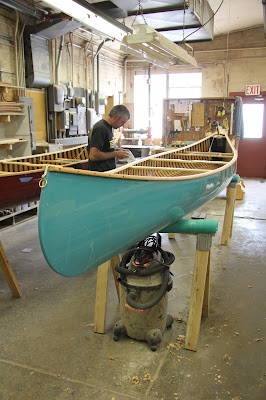 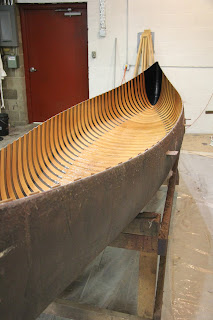 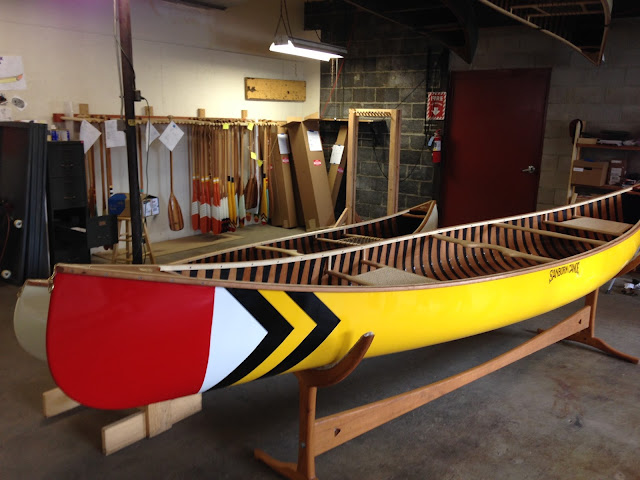 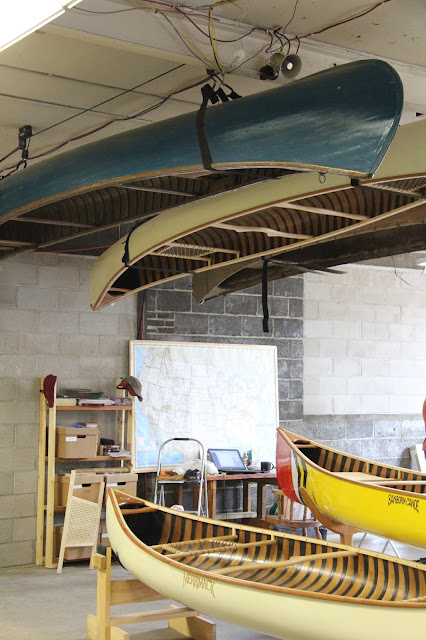 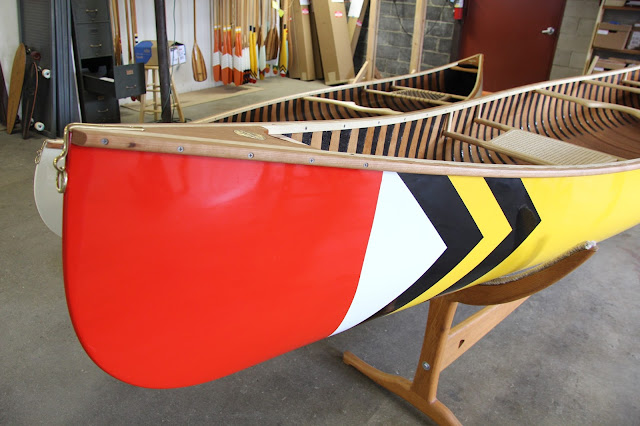 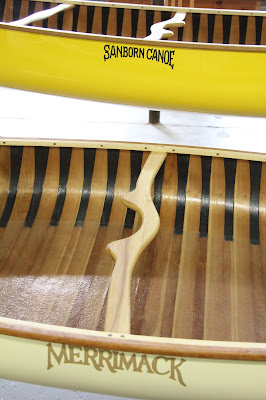 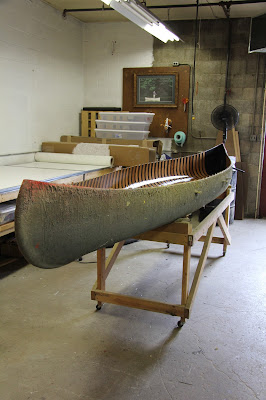 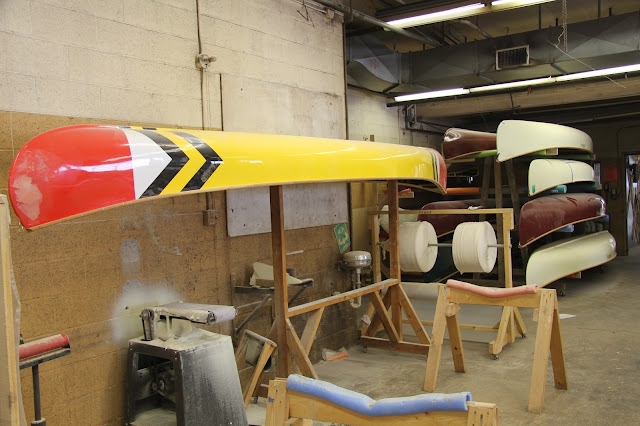 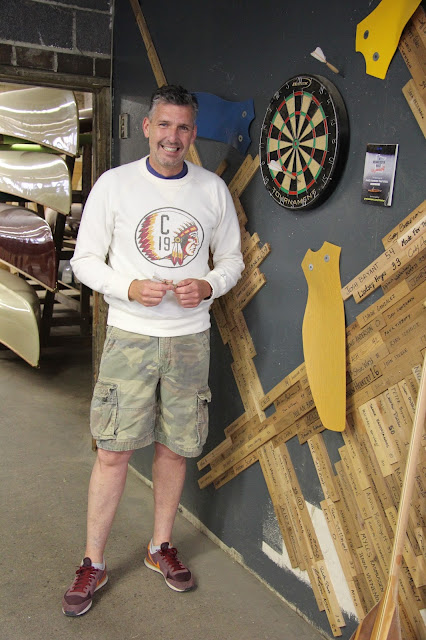 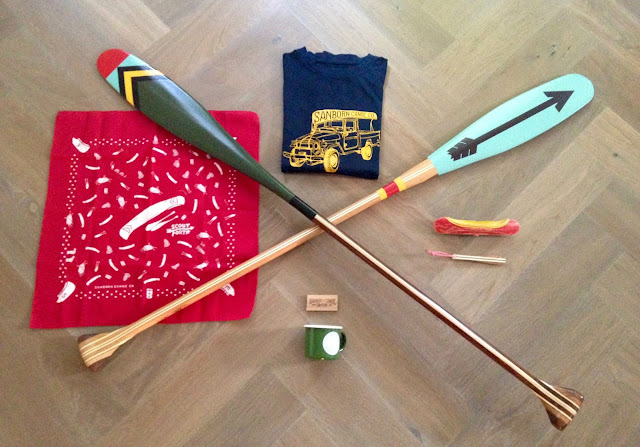 The postman not always has to rings twice! Yesterday he delivered my goodies from Sanborn Canoe Co.  Not only I'm happy to receive the goodies I ordered but it also reminds me to my visit to the workshop in Winona, MN. It was mid May and I took a road trip from Minneapolis to Winona through the rolling hills with farms on your left and right hand side. When I arrived in the small village of Winona I passed by the workshop several times because there was no sign of Sanborn on the building. When I entered the workshop I was welcomed by Abbey and Todd.

Todd took me on a guided tour through every stage of building a paddle from selecting the wood to the painting by hand of the graphics. Todd and his buddy Zak started Sanborn Canoe as a summer project inspired by the lakes and outdoors of Minnesota and the stories of Grandpa making paddles and canoes in the 60s. In the Fall of 2012 the launched their Artisan Painted Paddle line. Inspired, by when the voyageurs travelled the landscape of the new world by canoe, trading and carving out a new culture all their own.

In the Spring of 2016 Todd & Zak bought Merrimack Canoes a company which builds canoes since 1954 and are now proudly build in Winona in the same way as they started in Merrimack, NH

After the tour I had to play darts, this is becoming a tradition within the company, every visitor has to play darts and the score is put on the wall.

I want to thank Todd and the company for their hospitality and wish them save paddles.
op 11:34 AM