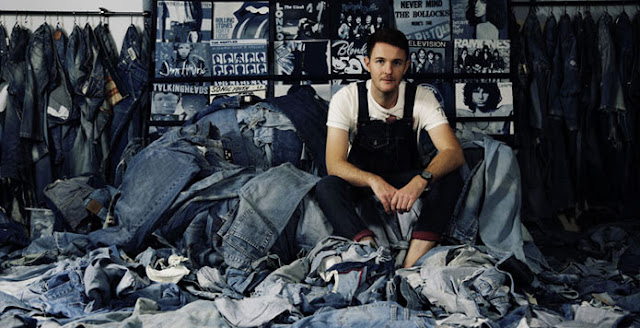 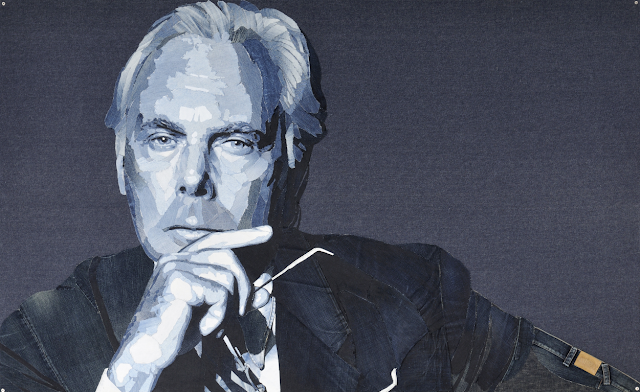 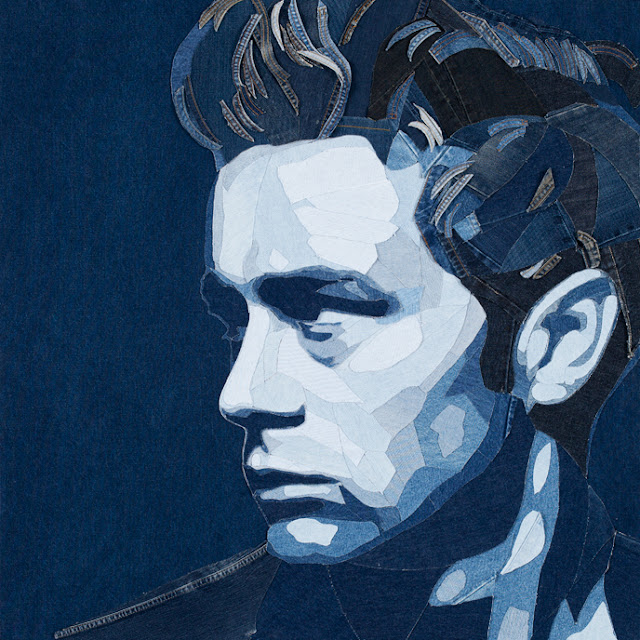 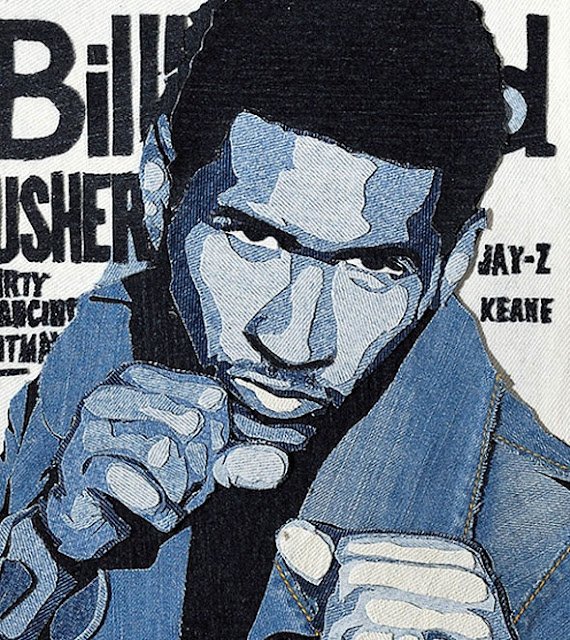 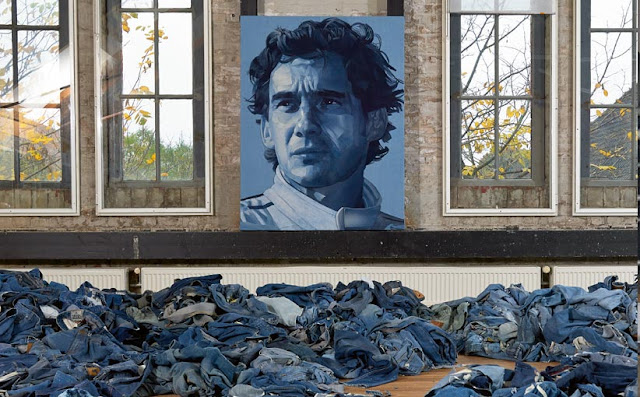 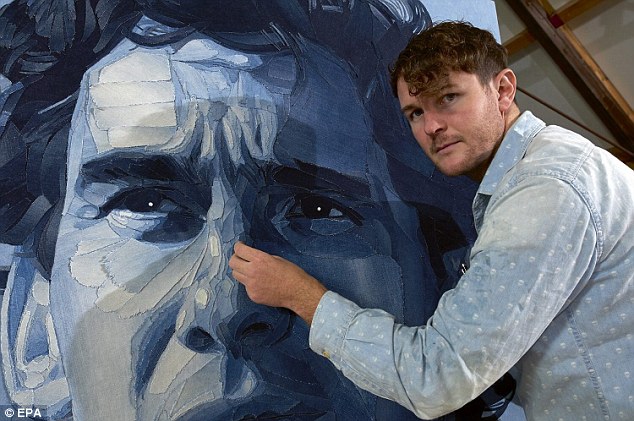 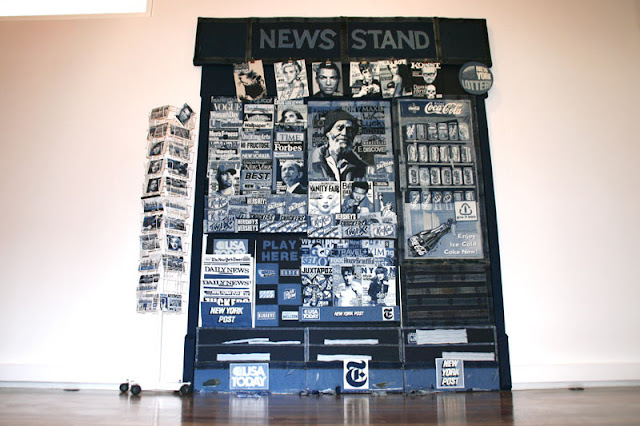 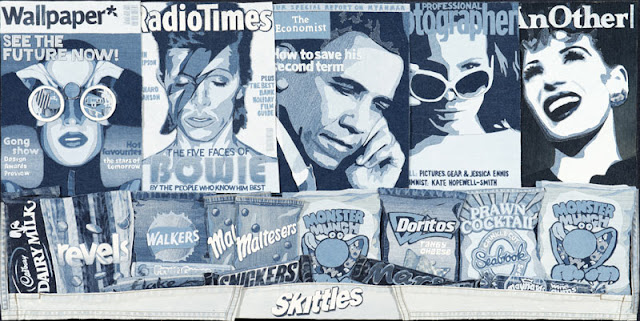 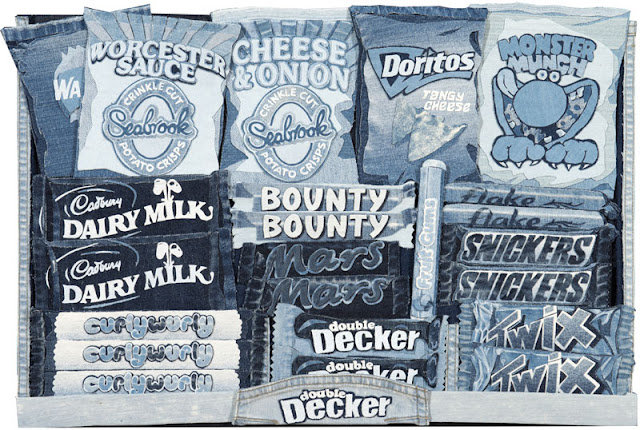 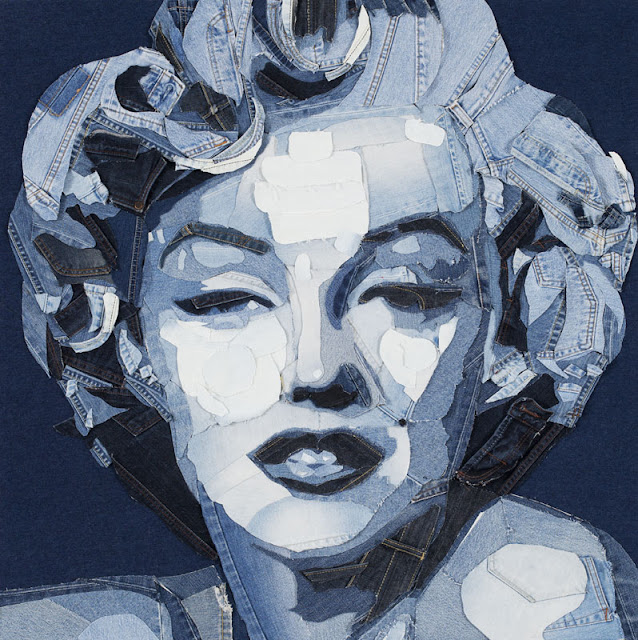 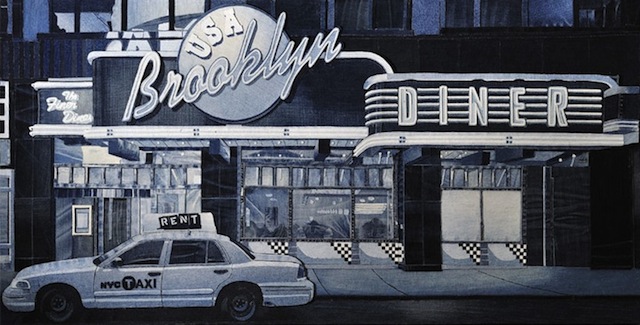 Denimu (Ian Berry) is a British born artist currently based in Sweden. He creates artwork solely from denim; re-using jeans, jackets, and other denim clothing to create portraits, urbanscapes and other unique works. In 2013, Denimu was named as one of Art Business News "30 under 30" influential artists in the world.
Berry began experimenting with denim artwork while at university and then while working at TMW as an art director. His process involves cutting, stitching, and glueing various shades of denim to provide contrast and shadow. His works have featured Icon's of Denim such as James Dean and Marilyn Monroe.