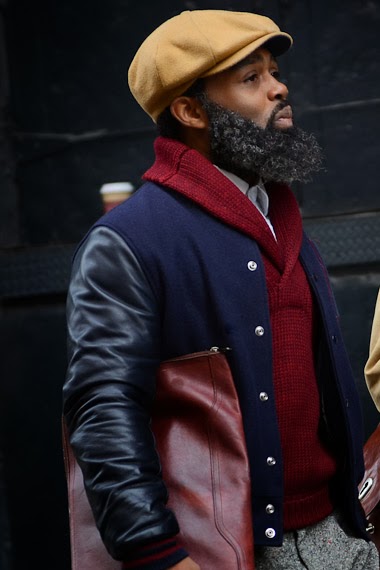 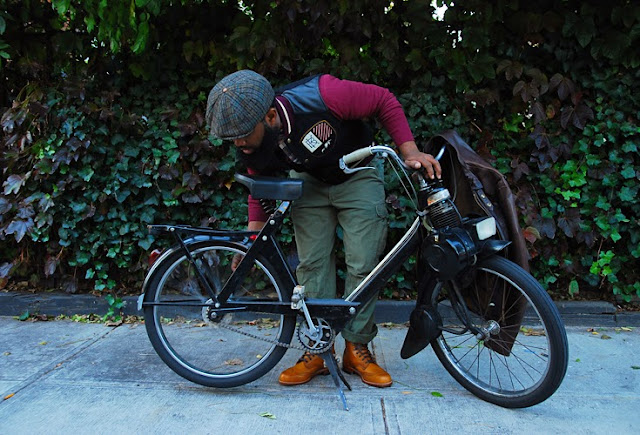 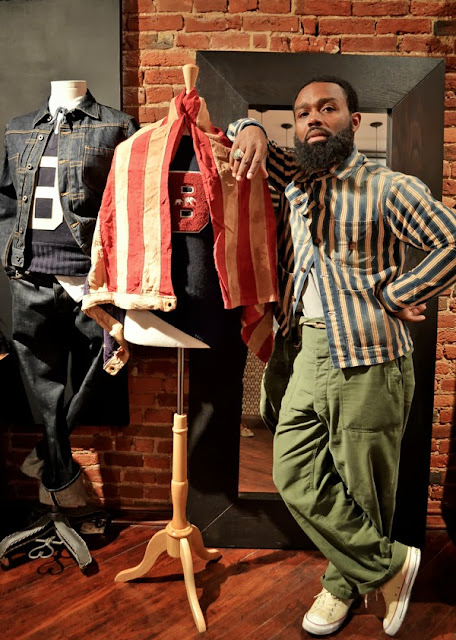 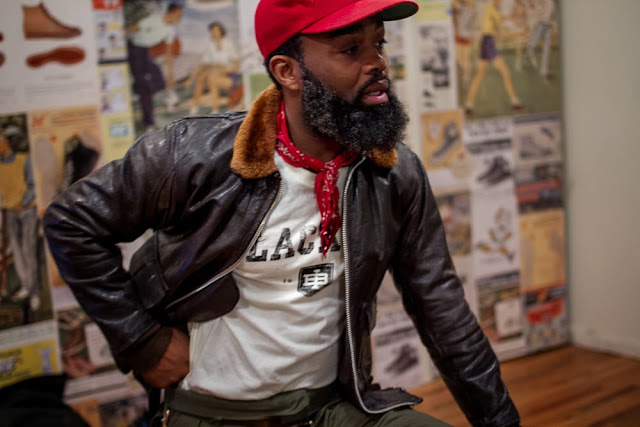 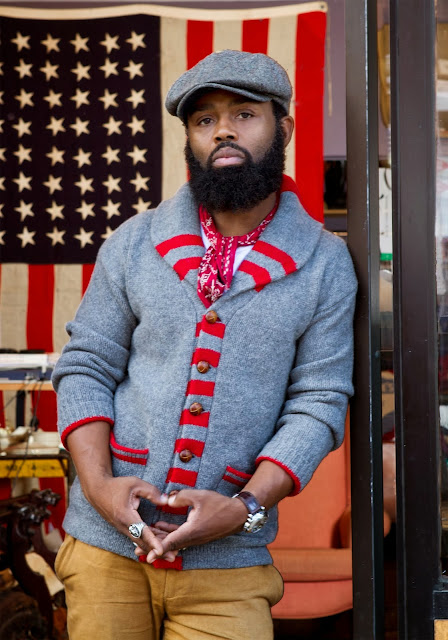 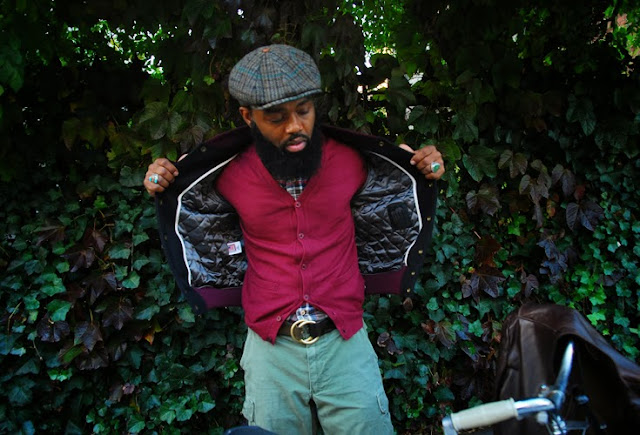 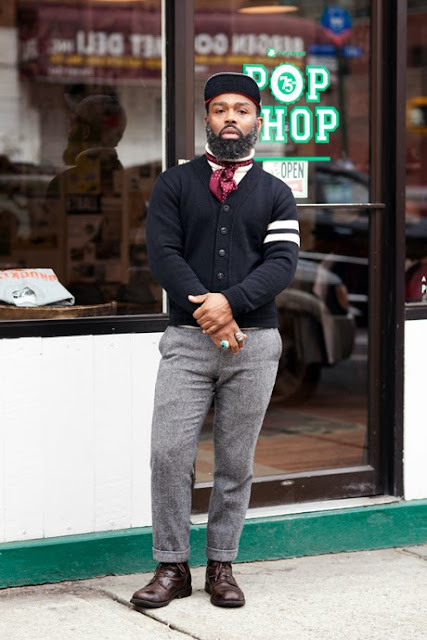 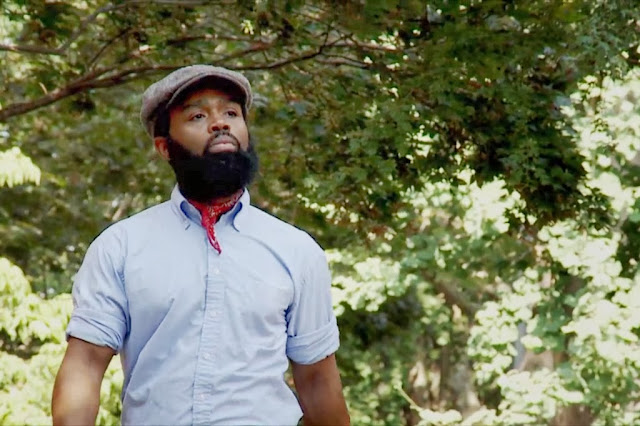 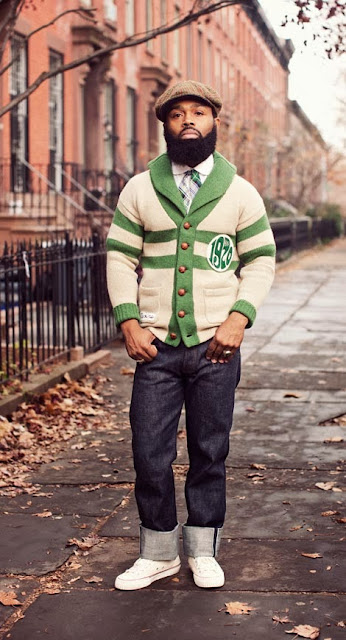 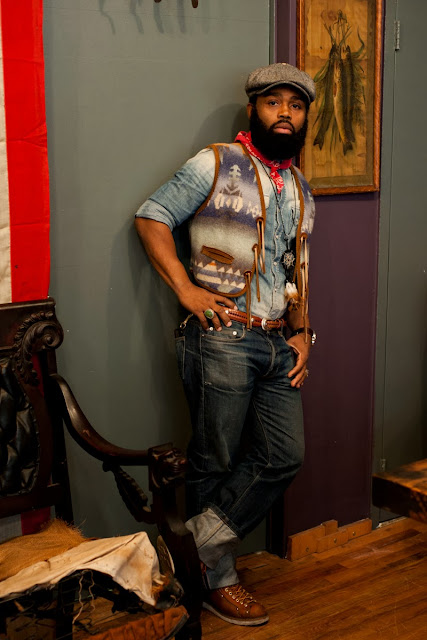 This is the first post in a serie of portraits about men and their style. Meet Mr. Ouigi Theodore also known as the Bearded Man. Quincy "Ouigi" Theodore was born in Haiti and moved as a child to Brooklyn, NY. where he quickly became known as the local swagger.
After graduating from the State University at Stony Brook with a degree in history, he studied graphic design at the Fashion Institute of Technology. He worked as a graphic designer by day and club promoter by night. But his high-wattage personality did not lend itself to a desk job, so he scraped together $8,000 and opened his shop The Brooklyn Circus. Although he originally helped design the clothes at Brooklyn Circus under the BKc label, Mr. Theodore now farms out the designing, casting himself more as an idea-generator and curator. He's been wearing and collecting vintage clothing long before vintage clothing was "mainstream" and he basically trademarked the Beard + Neckerchief combo.
op 7:38 AM