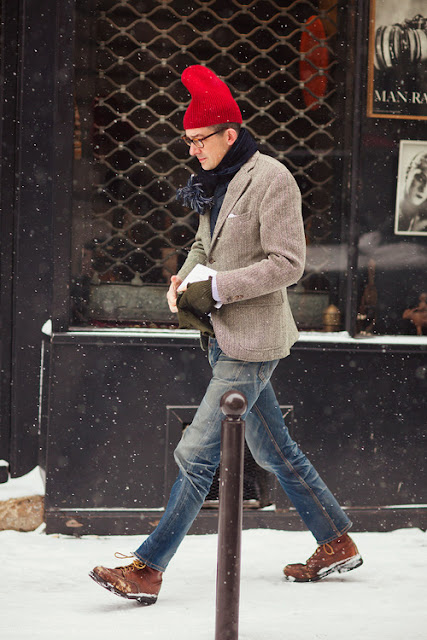 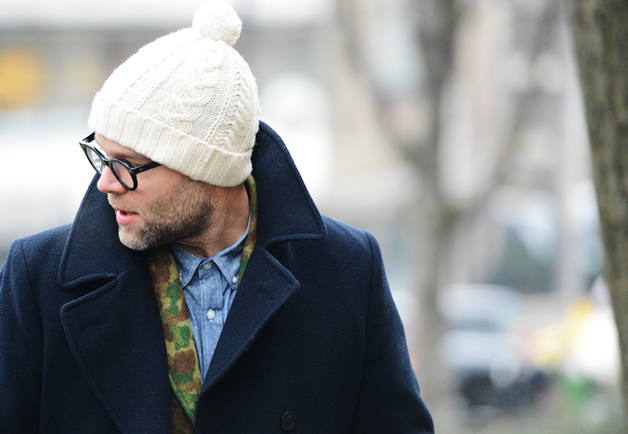 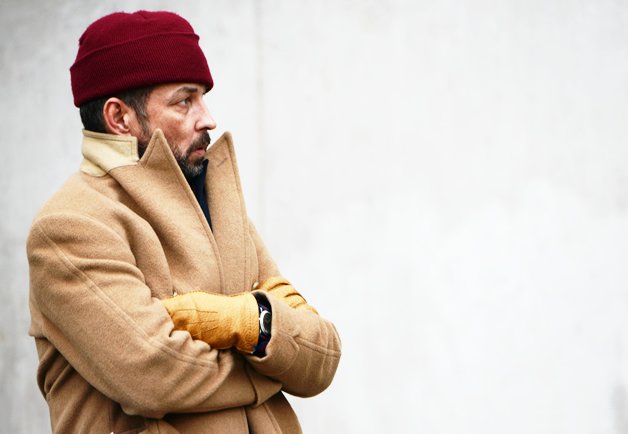 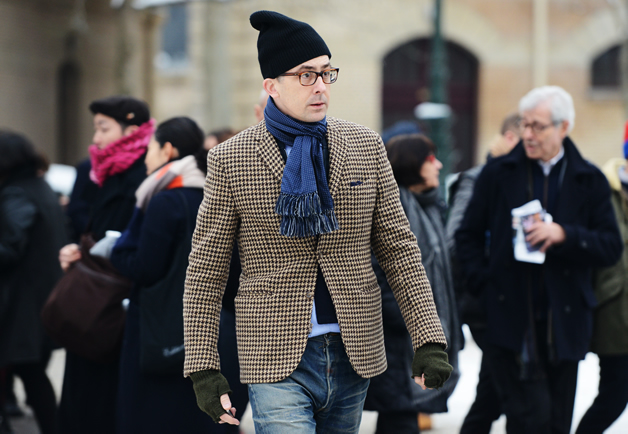 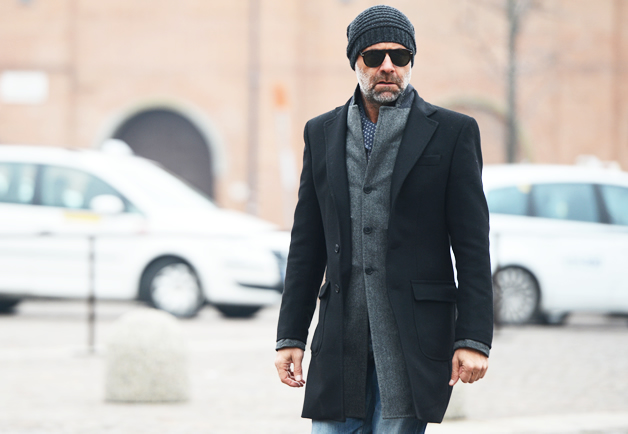 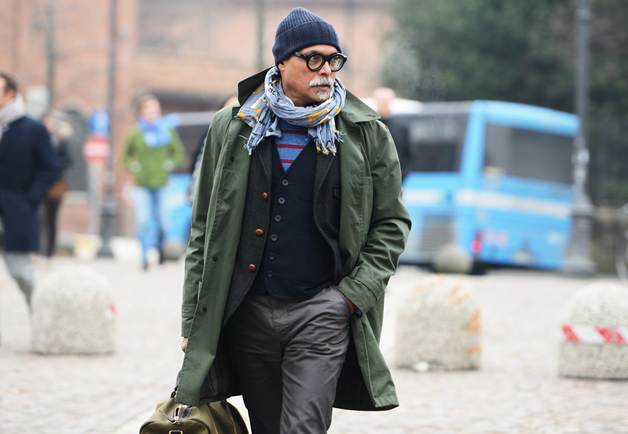 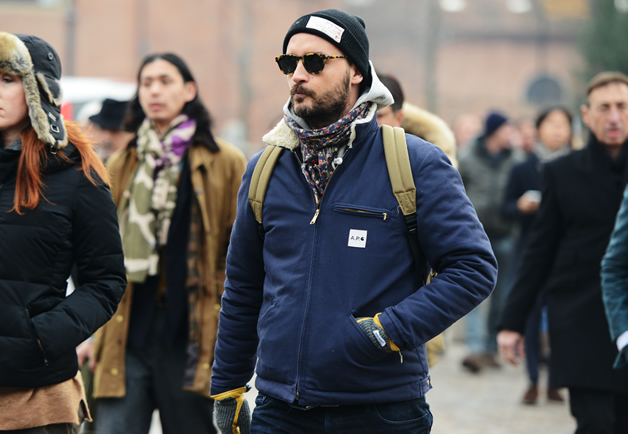 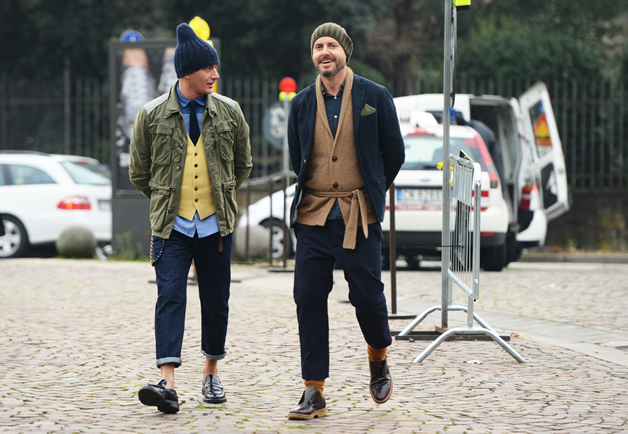 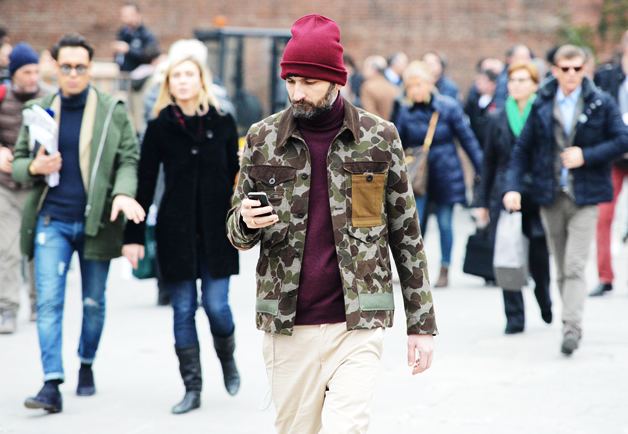 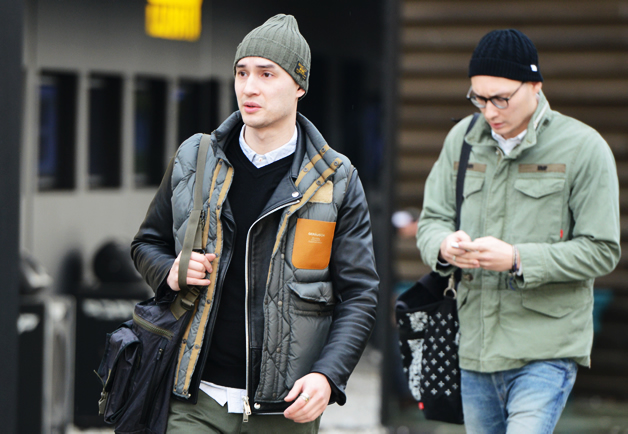 Why do we call this piece of fashion a Beanie?
The cloth covered button on the crown is about the size of a bean and may be the origin of the term "beanie," though some academics believe that the term is derived from a type of headgear worn in some medieval universities. The yellow hats ("bejaunus," that is, "yellowbill" later "beanus," a term used for both the hats and the new students) evolved into the college beanies of later years. According to the Oxford Dictionary, the etymology is uncertain, but probably derives from the slang term "bean", meaning "head". (text from Wikipedia, pics via Tommy Ton)