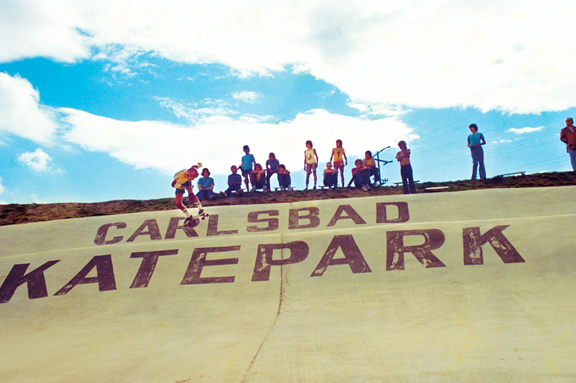 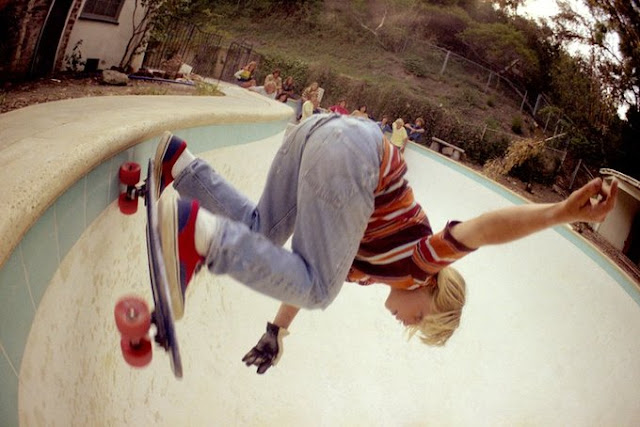 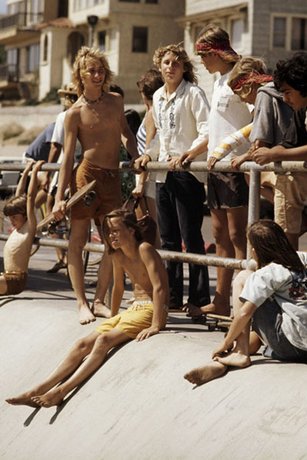 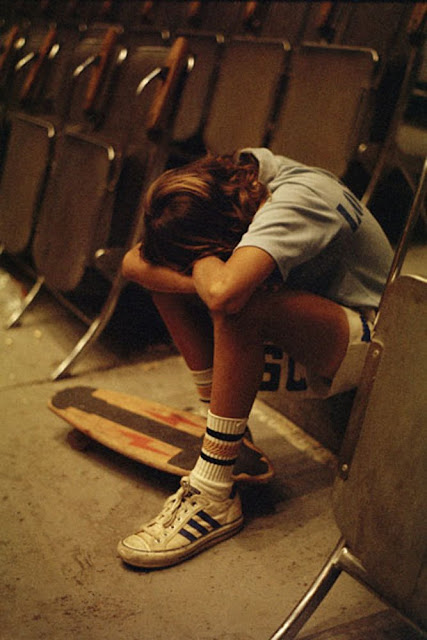 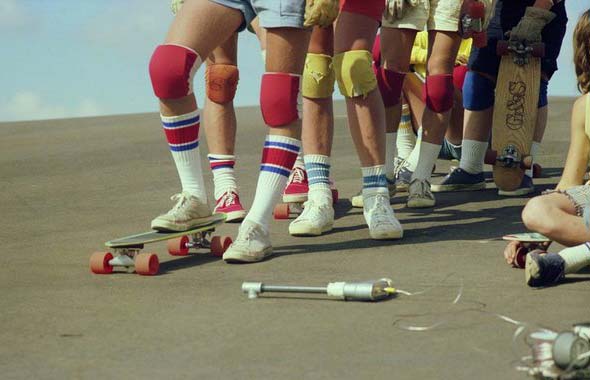 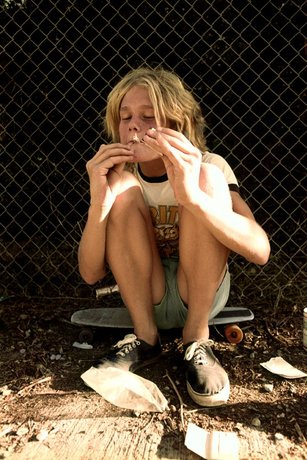 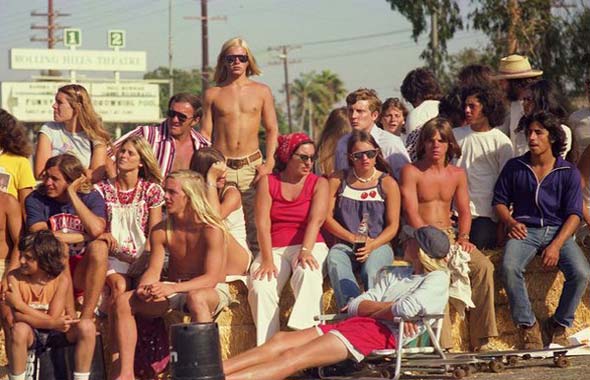 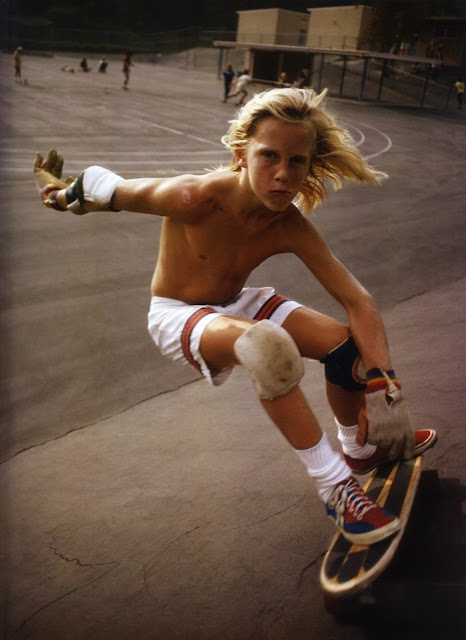 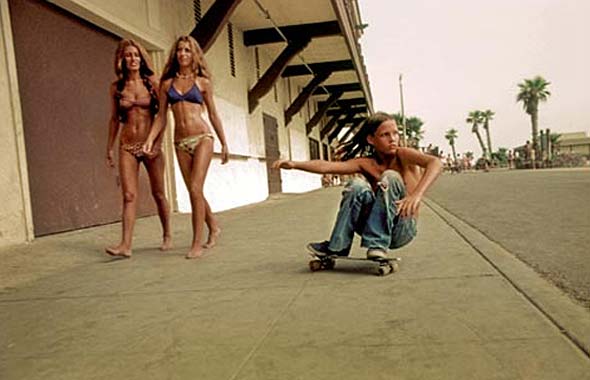 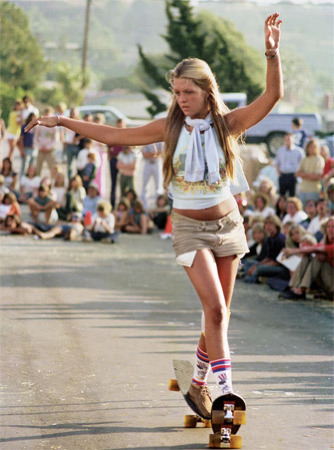 I bought myself a book called "Locals Only" with beautiful pictures of Hugh Holland. No, I'am not a skater and I'm not willing to learn it, but what I do like is how Hugh holland shows us how we dressed in the 70's, cool Van's, Adidas & Nike sneakers & look how the girl in the last picture rocks here Clark's Wallabees.

In 1975, when Hugh Holland first began photographing the skateboarders in southern California, he had already been living in Los Angeles for nine years. His interest in photography had developed in the mid-sixties as a 20-year-old living in his native state of Oklahoma. Except for a college job working in a photo lab, Holland had no formal art education. Driving up Laurel Canyon Boulevard one afternoon, Holland encountered his first skateboarders carving up the drainage ditches along the side of the canyon. Although not a skateboarder himself, he knew he had found his subject.