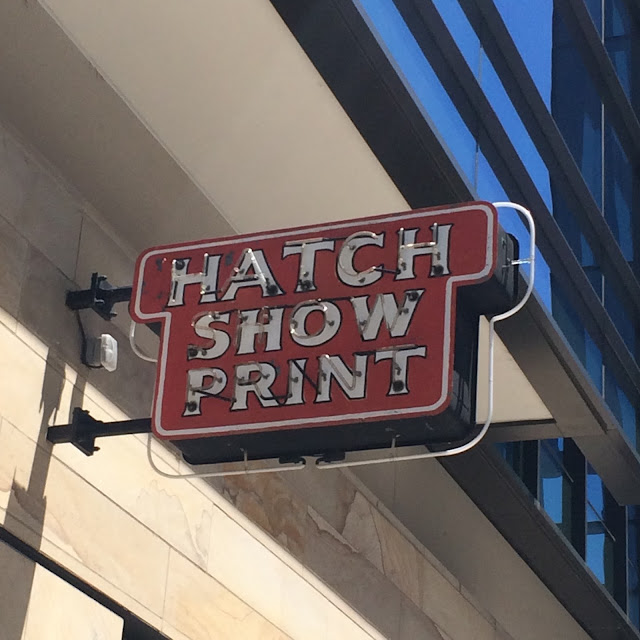 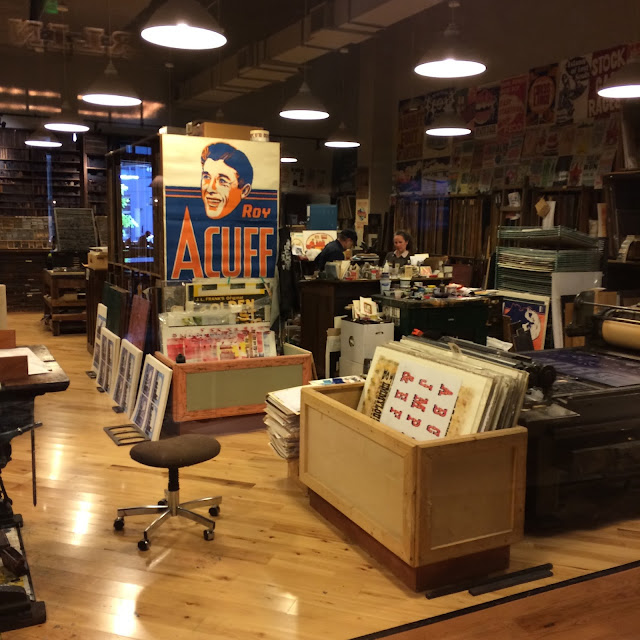 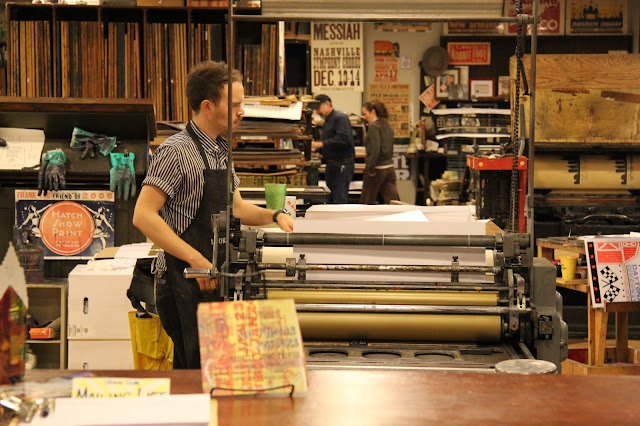 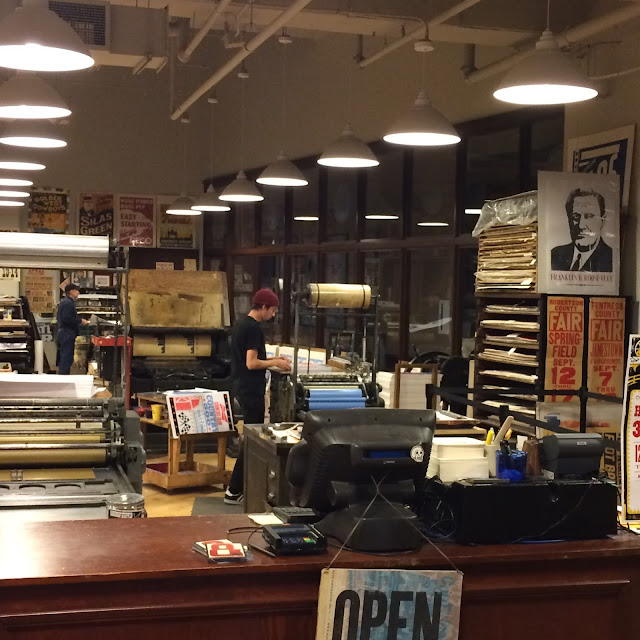 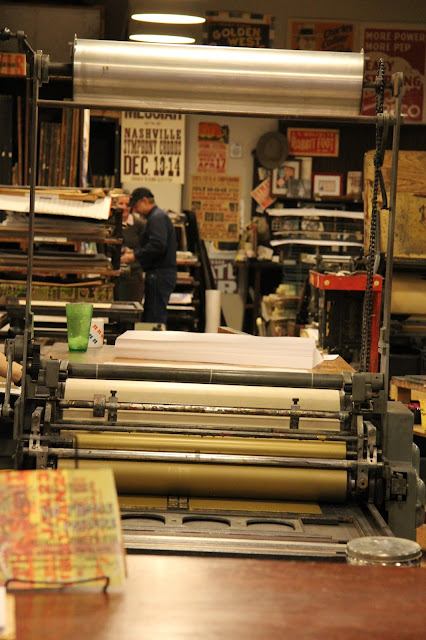 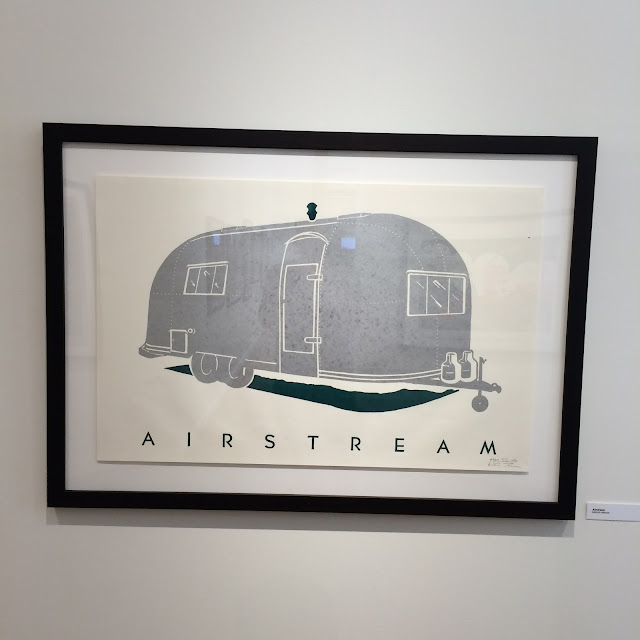 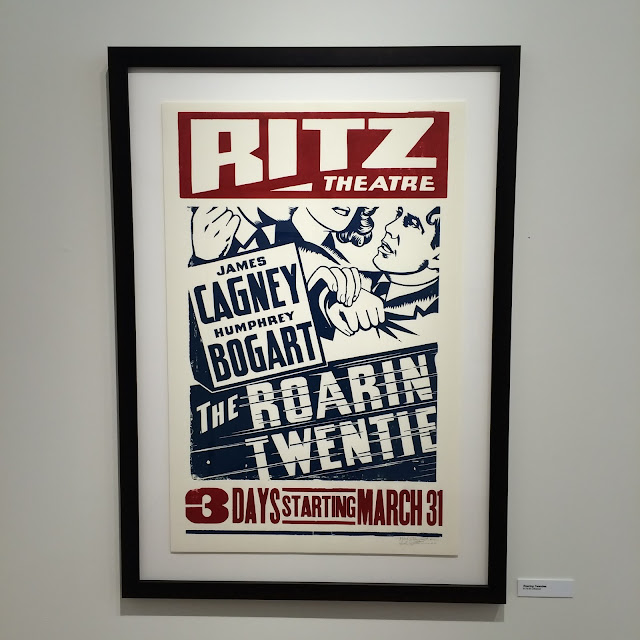 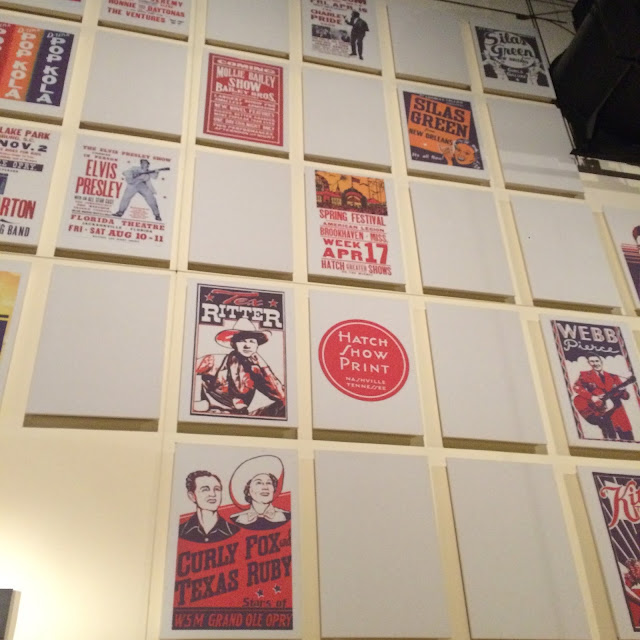 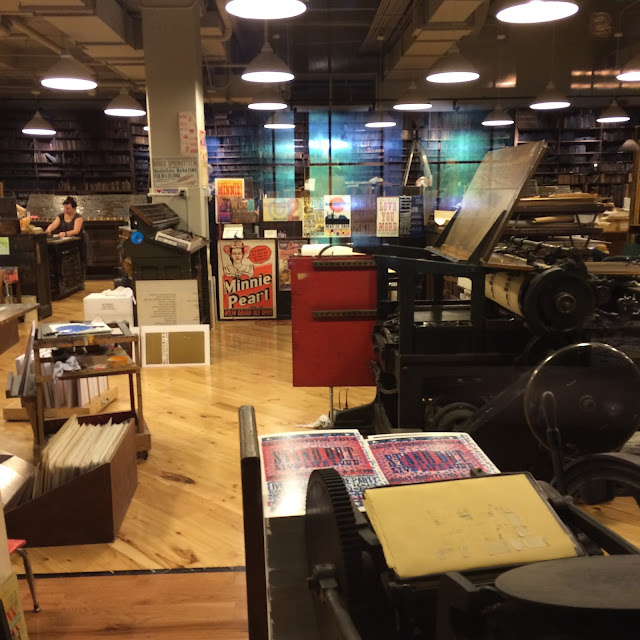 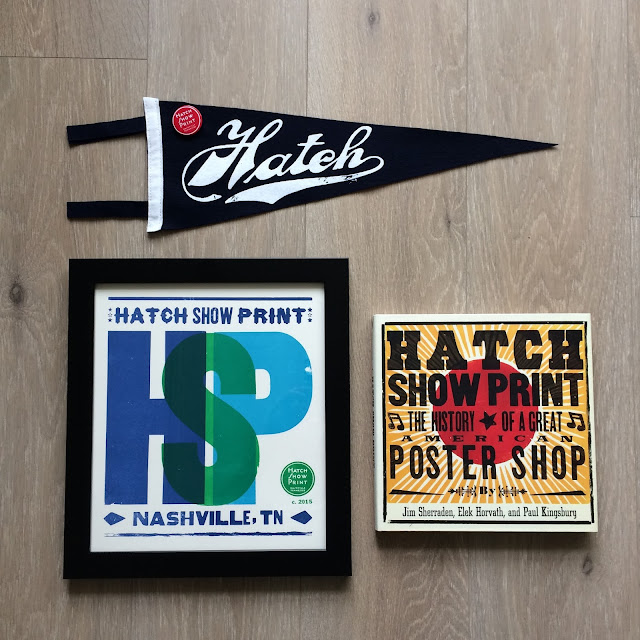 During my last trip I also visited the Iconic Hatch Show Print Store.

It started with the Hatch family. William H. Hatch ran a print shop in the town of Prescott, Wisconsin, where his two sons, Charles R. and Herbert H. (born in 1852 and 1854, respectively), grew up and learned the craft of letterpress printmaking.  In 1875, William moved his family to Nashville where, four years later, Charles and Herbert founded CR and HH Hatch.

The golden age of Hatch was from the mid-1920s, when Charles's son Will T. Hatch took over the business, until Will's death in 1952. It was a golden era for country music as well, and Hatch captured the magic. Will frequently turned his talent as a master woodblock carver to "chiseling and gouging" (as someone once put it) some of the most indelible images of country music performers ever made. To further secure the historic link, Hatch's home from 1925 to 1992 was right behind the Ryman Auditorium, the Mother Church of Country Music.

Hatch captured the glory of other musical genres, doing work for the great African-American jazz and blues entertainers of the day, such as Cab Calloway, Bessie Smith, Duke Ellington, Louis Armstrong, and Elvis Presley.

Today, Hatch Show Print resides at 224 5th Avenue South, in four different spaces designed and built to suit the demands and mission of such a busy icon of design, letterpress printing, and history.

And being in the store you will end up with some goodies to share your memories at home.
op 11:36 AM