THE HISTORY OF THE POLO BEAR 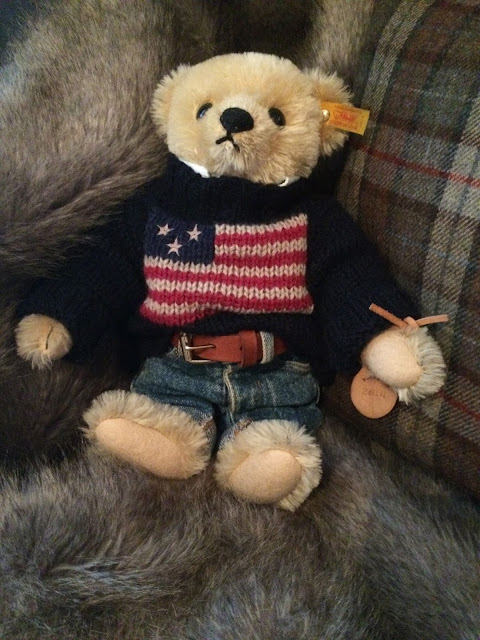 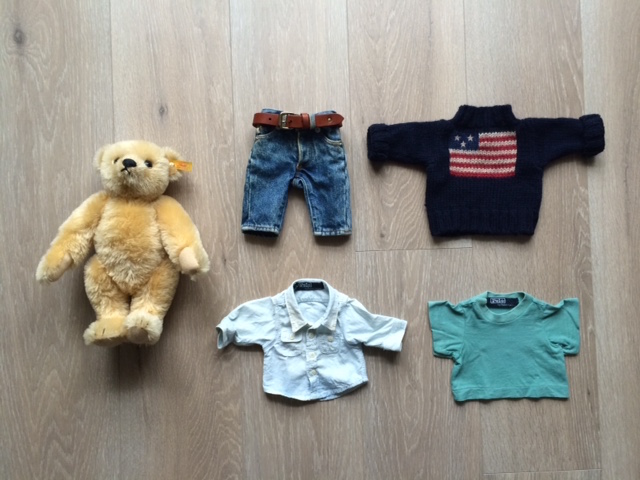 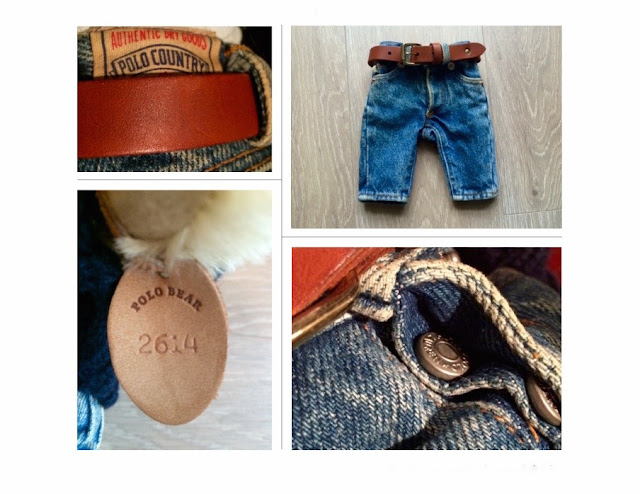 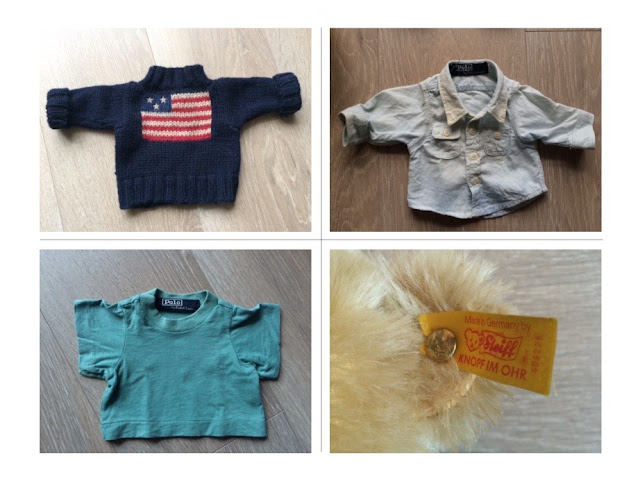 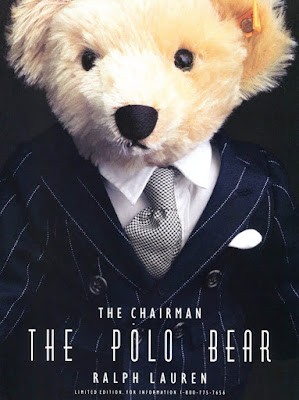 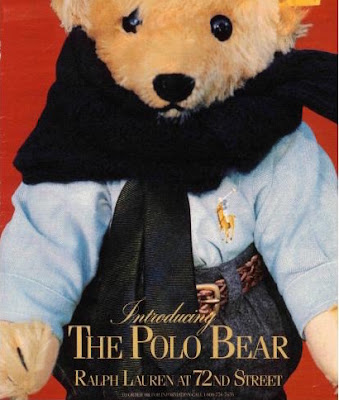 Recently, I had the luck to find an original Polo Bear by Steiff from 1991. My bear is numbered 2614 out of 3500.  In the 90's I did the buying at the showrooms of Ralph Lauren in Paris and every season we bought a bear for the store. As the store is closed for years already and unfortunately I don't know where the bears are, but now I have my own. And as always when I found myself a vintage find I want to know the story behind it. So I dig the net and found the story of the Polo Beat.

Jerry Lauren, Ralph Lauren’s brother, who serves as creative director of men’s design, is a passionate collector of Steiff bears. (He estimates his collection to be at 30 to 40 bears, including six that he keeps on his bed.) In 1990, inspired by his collection, Jerry’s colleagues had a Steiff bear dressed in Jerry’s likeness—blue oxford shirt, tartan tie, cable-knit sweater—and presented it to him for his birthday. At the same time, a Western-inspired bear was presented to Ralph. (Upon seeing the two bears, as Jerry recalls, Ralph remarked, “You know what? I’m a preppy, too.”) A tradition was born, and every year both Ralph and Jerry are given a Steiff bear. The bears wear clothes inspired by, and often made in the same factories as, actual Ralph Lauren clothing. “They’re always his favorite gift,” Jerry says.

The next year, a Polo Bear wearing an American flag sweater was hand-knit onto a Polo Ralph Lauren sweater, which was available in red or navy. The sweaters went quickly, and inspired a range of more bear products later that year. You could get a turtleneck with Martini Bear, holiday sweaters with intarsia-knit skiing bears, or a crewneck sweater with an intarsia-knit golfing bear wearing a Fair Isle sweater vest, considered by its designers to be the most elaborate bear they ever produced.

Over the next several years, the Polo Bear appeared in a series of national ad campaigns (see above), while Steiff produced 19 mostly limited-edition teddy bears “dressed in clothes that I wear,” as Ralph said in 2001. “The same materials, the same craftsmanship, right down to the last detail.” (Not for nothing did one ad call him “the world’s best-dressed bear.”) Also available were a handful of female bears—like Safari Bear, wearing a Collection look from the Spring 1997 Runway Show, in which Naomi Campbell famously walked. Polo Bear clothing became a cult phenomenon, peaking when Kanye West wore a red Polo Bear sweater in the photoshoot for the cover of his 2004 debut, College Dropout.

Hi Chad, Had to tell you that I've been working for Mr Lauren for about 12 years now and that I have the same bear (He's my favorite of all the RL designs) I found him a couple years ago. Pretty decent price too. I wrote about him and Steiff on my blog http://thecavenderdiary.com/2014/07/02/german-bearamerican-flag-sweater/