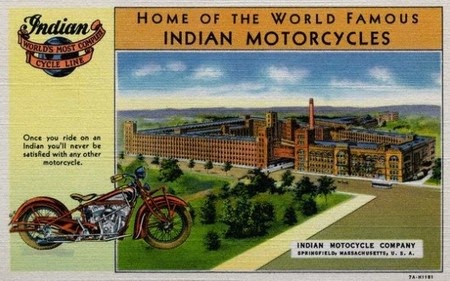 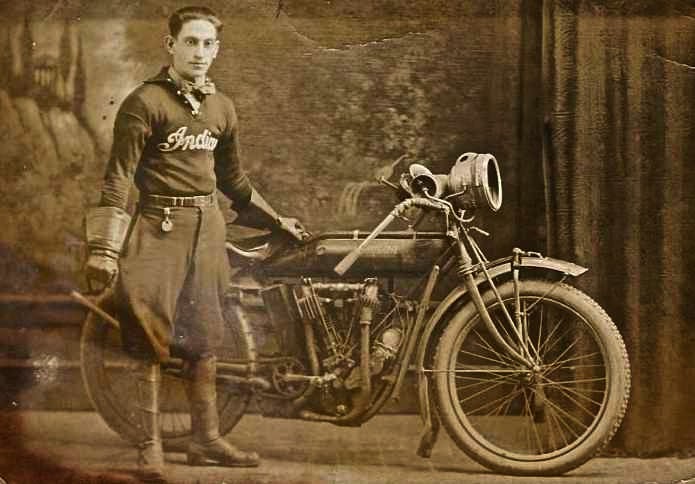 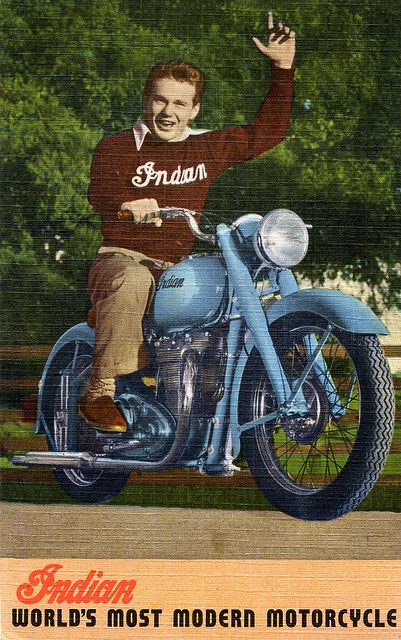 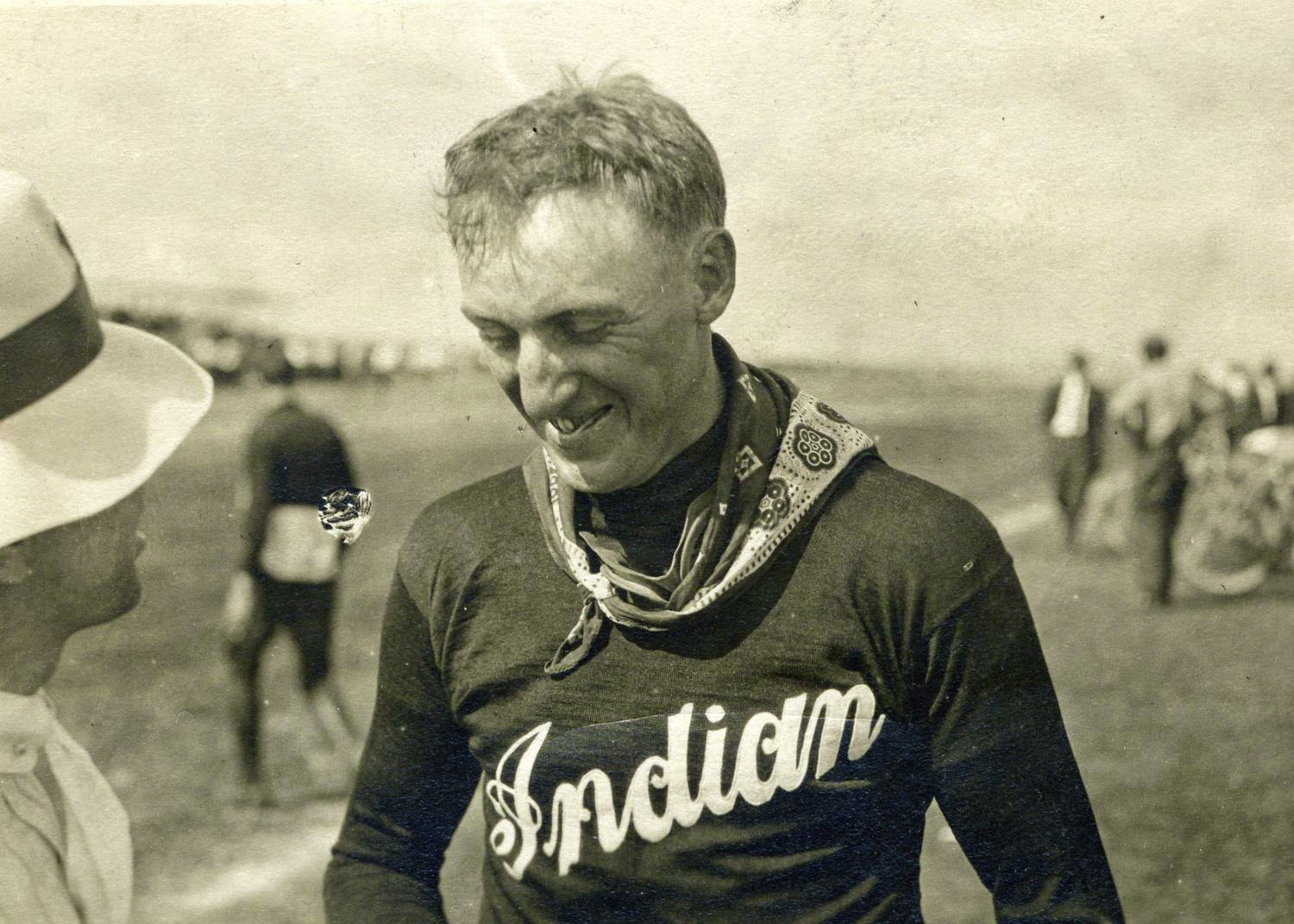 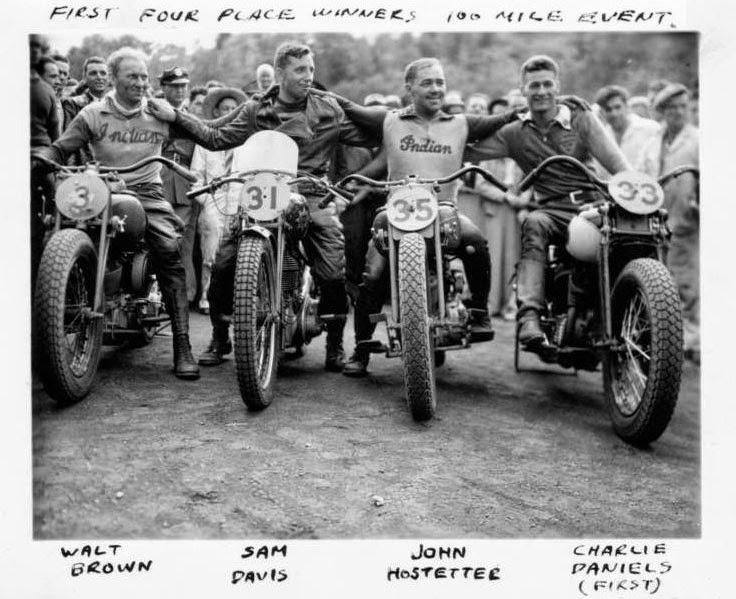 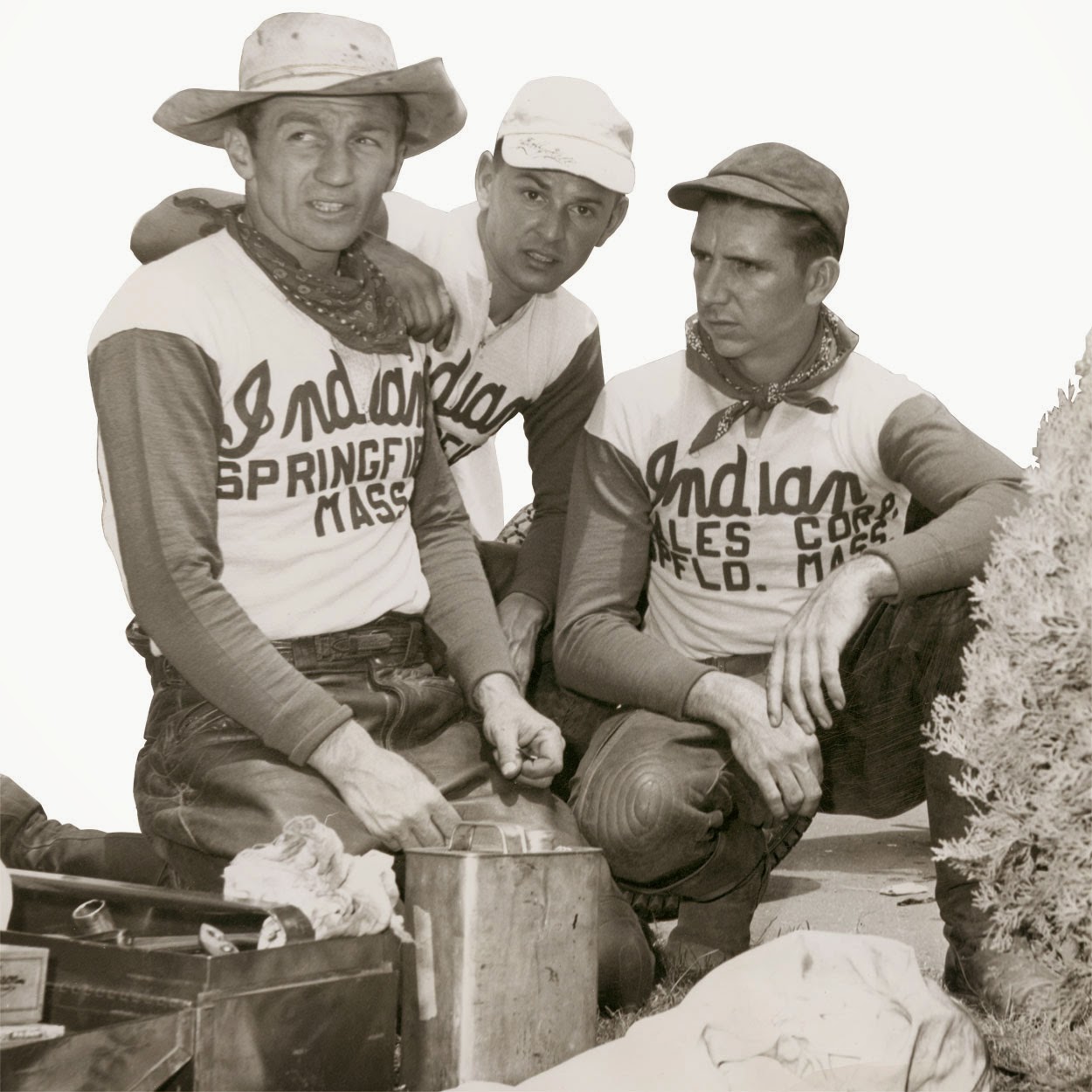 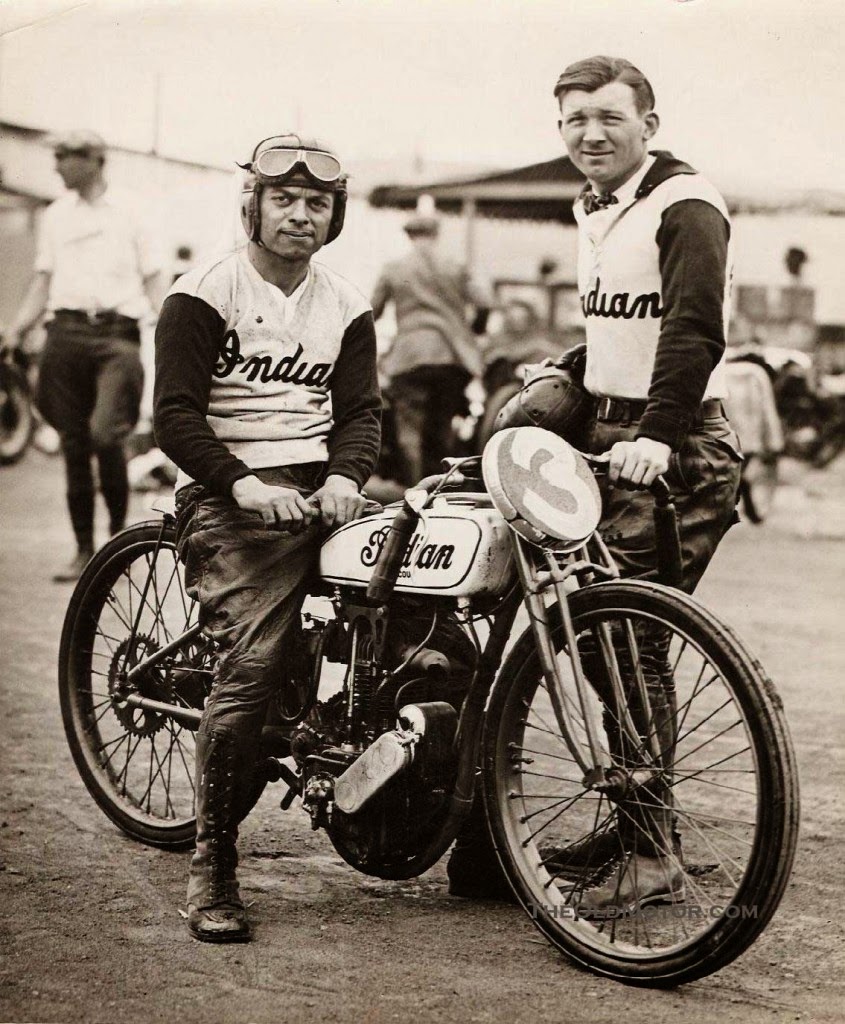 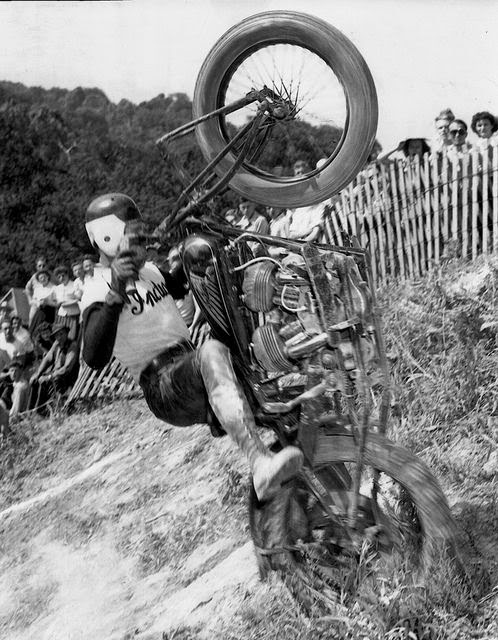 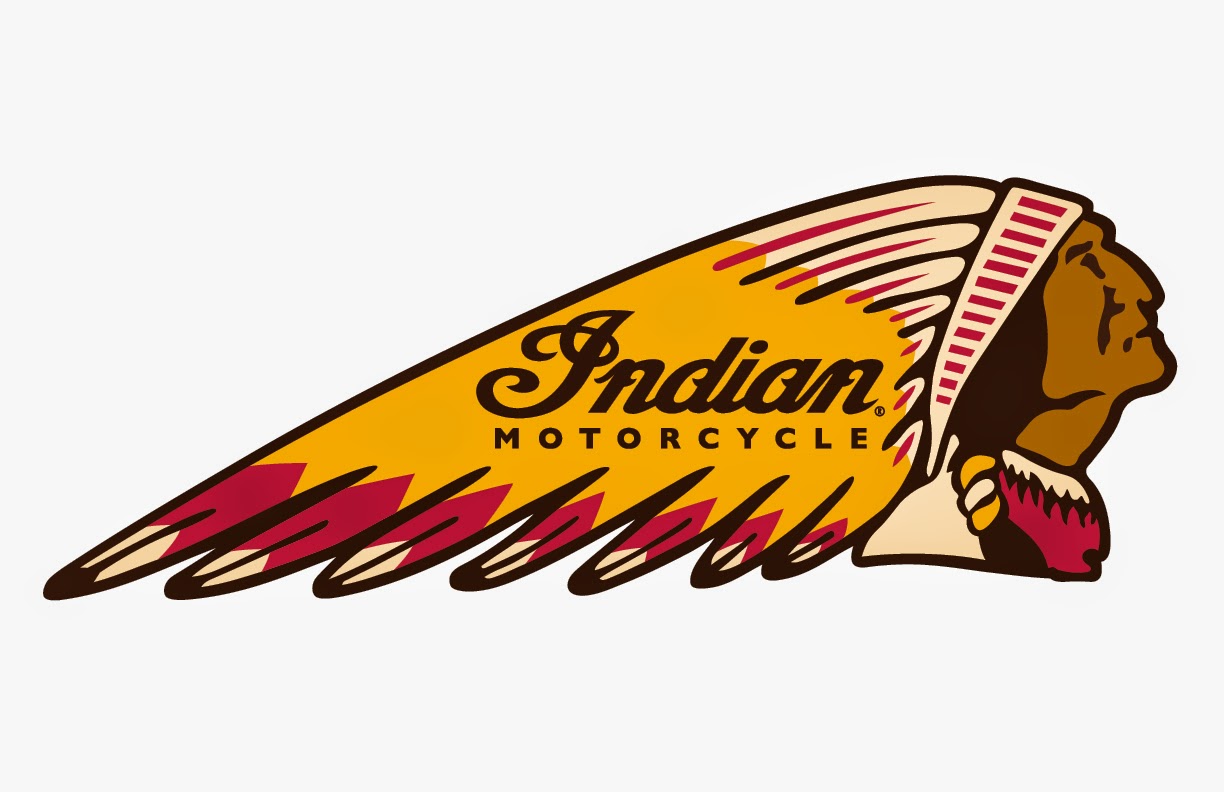 When you think of classic American motorcycles, two brands come to mind,
Harley-Davidson & Indian.
Indian is the first major player on the scene, rolling out production in 1901– two years before Harley-Davidson. Started in Springfield, Mass. by Oscar Hedstrom & George Hendee, a couple of bicycle racers and self-taught engineers.
The Indian factory team took the first three places in the 1911 Isle of Man Tourist Trophy.
Competition with Harley-Davidson in the early days was fierce, and factory sponsored racers were expected to be loyal– it was pretty unheard of for guys to switch allegiances back then without controversy.
The riders were proud to wear a Indian Jersey which were hand out by the factory to the drivers, those jerseys are scares and if you find one it will cost you some 400 bucks.
PS did you know that the nickname for the factory was the wigwam.
op 6:55 PM